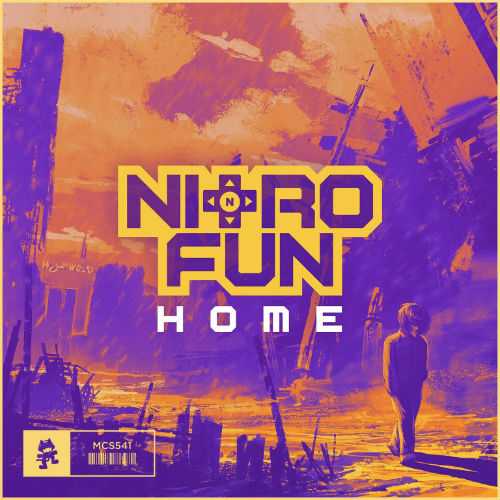 Nitro Fun has returned to Monstercat with a brand-new track titled ‘Home.’

Born Gustavo Rangel, Nitro Fun’s interest in electronic music started when he was 14 years old. After taking an interest in EDM as he found it new and different, he soon tried his hand at production and instantly became addicted to it.

As an avid video game player, Nitro Fun took inspiration from the games he used to play and introduced chiptune elements into his tracks. Taking his time over the next year to hone his skills, the youngster then won a release competition on Monstercat with his own solo release soon after, becoming the youngest artist at the astounding age of 15 to sign with the label.

Starting off with a looped, pitched-down vocal the track has a soothing female vocal deceptively lead you into what is a super-energetic breakdown where, almost immediately, you can see Nitro Fun’s video-game inspired sounds that are a throwback to the days of 64 bit games.

These elements are peppered throughout the high-energy track and while his maturity as a producer is there for all to hear, they also add an element of fun to the track.

You can stream ‘Home’ below.