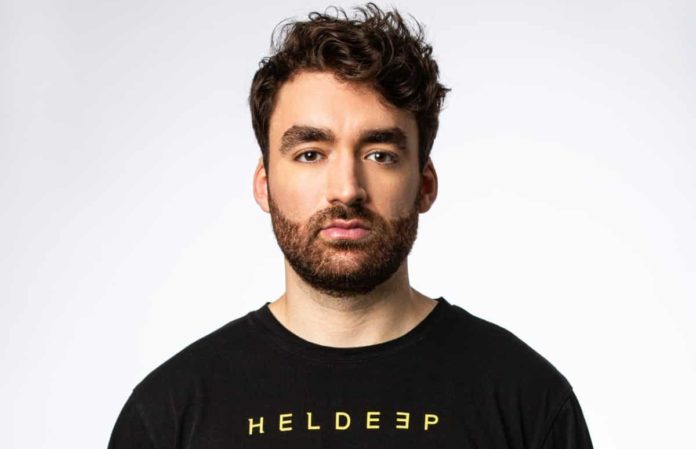 Emerging just in time to soundtrack thousands of sensual summer moments, Oliver Heldens and Tchami’s highly anticipated collaboration ‘LOW’ is finally out on all streaming platforms.

‘LOW’ sees Oliver Heldens and Tchami head into deeper, atmospheric house territory, with a beautiful vocal at its center. An unassuming intro laying out a taut house/tech percussive groove leads us to pulsating bass throbs, and soon to mystical breakdown where the vocal emerges in all its sultry glory. The infectious chorus hook drops as the pretty synths are sucked back into the ether and the bass returns with its weight contrasting the lightness of the vocal. Subtle synths weave back into the mix as breathy vocal harmonies glide atop. A more expansive breakdown shines even more light on the beautiful topline, allowing for maximum impact on the final drop.

Heldens has been as busy as ever in recent times, releasing the huge Nile Rodgers and House Gospel Choir collaboration ‘I Was Made For Lovin’ You’, hitting #1 on US Dance Radio with his previous Anabel Englund-featuring smash ‘Deja Vu’, and remixing Adam Beyer’s monstrous ‘Restore My Soul’ under his HI-LO techno alias. With a jam packed schedule of summer festivals and headline shows ahead of him, he’s never short of big new tracks to delight the crowds with, and ‘LOW’ is yet another great addition to his arsenal.

Fresh off of a busy start to festival season, with appearances at Coachella, Ultra, EDC Las Vegas, Creamfields Chile, and more, Tchami’s latest release ‘The Calling’, a collaboration with Marten Hørger, impressed dancefloors across the world. Just prior to that, he released a vibrant remix for Flume’s ‘Say Nothing feat. MAY-A’. With many festivals and headline shows planned for the coming months, Tchami is looking at a very prolific and busy summer ahead.

Anabel Englund has also previously collaborated with the likes of MK, Dombresky, Jamie Jones, Yotto and Lee Foss, and has scored six consecutive US Dance Airplay #1 singles. She was named iHeart Music’s Dance Artist Of The Year in 2020 and was nominated again in 2022, sharing the category with the likes of David Guetta and Swedish House Mafia. She has also been releasing singles via her collaborative project ‘Messing With Magic’ with Lee Foss and MK, on MK’s AREA10 label in recent years. A true house music star, her gorgeous voice makes for the perfect compliment to Heldens’ addictive grooves.