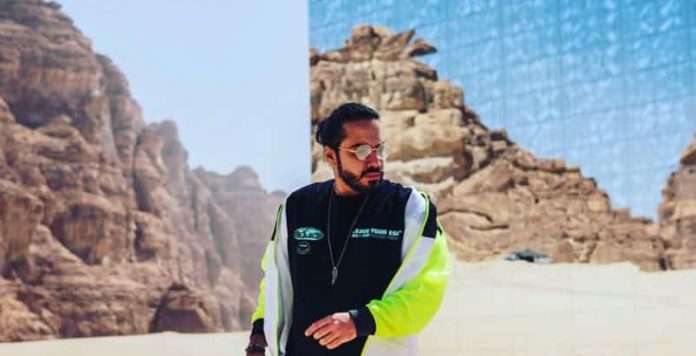 Omar Basaad returns with yet another driving production. ‘Without You’ marks the Saudi artist’s third endeavour this new decade, directly following his original productions ‘Memba’ and ‘Technicolor’, released at the beginning of this January.

Out now on the producer’s very-own Coexist Records, ‘Without You’ is available to listen to across all streaming platforms.

The tune begins with the subtle ticking of a clock, with the silky vocal quickly following not too far behind. The harmonious singing is flawlessly interlaced in unison with the ticking and heavy synths, in turn producing a pleasant sonic juxtaposition that feels propelling in nature. Tension is built ever so steadily before the bass eventually drops, with an infectiously hammering tech-laden beat repeating throughout much of the track’s three-and-a-half-minute runtime.

Omar Basaad is a Saudi Arabian-Turkish DJ/producer who’s been diligently honing his skills behind the decks and in the studio since his career debut in 2012. Set apart from the rest of his peers, Basaad is a pioneering name in the Saudi electronic dance music scene, with his hit single ‘Nehyatina Eh’ serving as the world’s first Arabic dubstep track. A huge feat in and of itself, he’s also gone on to be the only Saudi to have ever graced the stages of Tomorrowland. His 6-track 2012 ‘Vega’ EP placed his unique signature sound on the map, and was quickly followed up with a hefty slew of highly-successful singles as well as his 5-track 2017 ‘Dichotomy’ EP and 6-track EP, ‘Blues Away’, released in December of last year.

The established musician’s sonic offerings have topped Saudi Arabia’s iTunes chart multiple times and have been rinsed out across radio stations in Russia and Turkey, as well as other international territories. Beginning to DJ in his teens, he eventually would release his first official remix in 2008. Later, he would go on to form Coexist Records, where he currently acts as label head and manager. Creatively, Basaad derives influence from his Saudi upbringing as well as his passion for modern-day dance music, in turn producing a fresh new take on electronic music unlike anything heard before it.

With an already solid back-catalogue and distinct sound, Basaad’s newest release is a promising glimpse into what’s to come for the revered DJ and producer in the second half of 2020 and on.