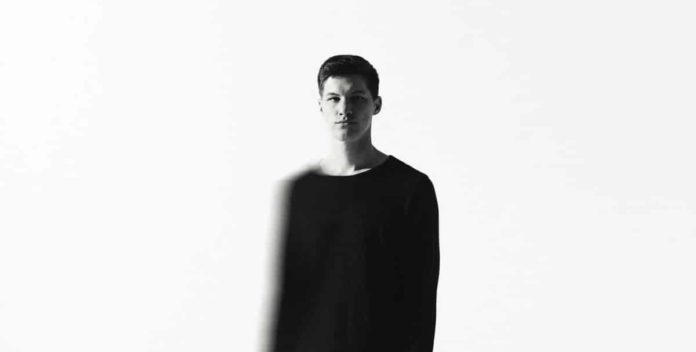 Ryan Chadwick – the 26-year old aerospace engineer-turned-producer behind OTR – says, “Tim [Vancouver Sleep Clinic] and I first met during an Astralwerks writing camp at Shangri-la, the historic Malibu studio now owned by Rick Rubin. It only took 30 minutes for us to click and find the hook. After that weekend, I spent a lot of time thinking about what it was like to be at that iconic studio. I sort of felt like an imposter, and wanted to make something truly worthy of the history there. ‘Moon’ is the result of me pushing myself to rise to the occasion, and challenging my sound to be greater.”

Vancouver Sleep Clinic’s Tim Bettinson grew up in Brisbane, Australia. His new album, Onwards to Zion, was hailed by Ones To Watch as an “ambient playlist staple…a collective of refreshing guitar melodies, frosty synths, and angelic vocals that have a way of gliding into the spirit of a listener and settling into the crevices of their bones.”

“Moon” is from OTR’s full-length debut, Lost At Midnight, which will be released on April 24. He will support the album with a North American summer tour – his first headline outing. Tickets go on sale today at 10:00 AM local time HERE. The Lost At Midnight Tour will include shows at Vinyl in OTR’s adopted home of Atlanta (June 27), Rough Trade in New York City (July 18) and The Echo in Los Angeles (July 24). See below for full itinerary.

Lost At Midnight is now available for pre-order at all DSPs HERE. Fans who pre-order the album in digital format will instantly receive “Moon” ft. Vancouver Sleep Clinic plus “Midnight Sun” (with Ukiyo), “Stay” (with WYNNE), “Heart” (ft. Shallou) and “Drive” (with Panama). The vinyl and digital editions are available for pre-order, here.