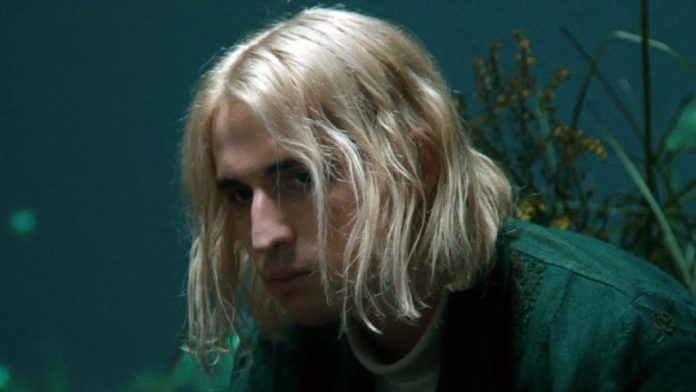 We vaguely remember an electronic music prodigy, surface the internet circa 2011, commanding some serious internet real estate with his eclectic and hard hitting complextro sound.

Yes, we’re talking about American DJ/Producer/Singer Porter Robinson, who, ever since has played a healthy role in revolutionising dance music as we know today.

Right from the hard hitting ‘Spitfire’ EP on Skrillex’s OWSLA to the melodic masterpiece ‘Language’, Porter then paved the way in a niche with his scintillating sound that gripped festivals and listeners alike. Porter did continue to amaze with his creativity and musical expression with the trailblazing ‘Worlds’ that helped breach the then boundaries between dance, electronic and pop music.

Since then, having donned the ‘Virtual Self’ alias for which he was nominated for a Grammy in 2019, Porter has dominated the electronica and pop space with fellow genre luminary, Madeon, with his gritty yet emotive electronica sound, capitulating a strong creative influence from his personal experiences.

Having come a long way ever since, Porter’s latest offering, a sophomore album titled ‘Nurture’ brings back the youthful exuberance and cathartic expression, we fondly remember since ‘Worlds’ landed a few years back. Having related to anxiety, depression and writers block as some of his reasons for the delay in completing the album, the album appears to depict his reel meets real emotive journey, having blossomed to his brightest form.

‘Nurture’ opens with the colourful façade that is ‘Lifelike’, a beautiful melody driven instrumental that paves the way for things to come.

‘Look at the Sky’, being one of the few upbeat records on the album, kicks off rather emphatically with an exuberant chord structure and deep crafted auto tuned vocals, with Porter donning the singer/songwriter role throughout most of the album, himself.

‘Get Your Wish’ and ‘Musician’ take us back to Worlds representing the child-like exuberance and menagerie of bright sounds that is reminiscent in Worlds.

The album takes a sharp turn with ‘Wind Tempos’ and ‘dullscythe’, both depicting an instrumental melodic experience, representing a barrage of emotions. The songs captivate a strong orchestral reference and a series of riveting samples that paints a tapestry of emotion.

‘do-re-mi-fa-so-la-ti-do’ masquerades a smooth edged, video game-esque presence that blossoms to its brightest form.
‘Mother’, ‘Mirror’ and ‘Sweet Time’ bring back the powerful chord references in the album albeit with a heart swelling vocal rendition that fulfils the soul bearing emotion, a sound that Porter does so well.

The moment ‘Something Comforting’ strums in, it captivates the listener with its infectious hook, vocals with a comforting sense of familiarity leading to an up-tempo barrage of emotions characterised by Porter’s signature autotuned vocal placement and strong choruses.

‘Unfold’ featuring Totally Enormous Extinct Dinosaurs, one of our favourites from the album, represents a lush landscape of emotion, and steers the listener towards an uplifting climax laden with euphoria and slight melancholy.
The album closes with the bouncy chorus echoes of Porter’s heavily autotuned voice in ‘Trying to Feel Alive’, with a keen sense of vibrance and catchiness.

Every song connects beautifully, leading to the next with a curious sense of poignancy or euphoria, as the case may be. ‘Nurture’ is a celebration of Porter’s talent. It embodies a sound that embraces a cohesive sense of emotion which, while introspective, depicts his true vision and emotion with sound, executed to perfection.