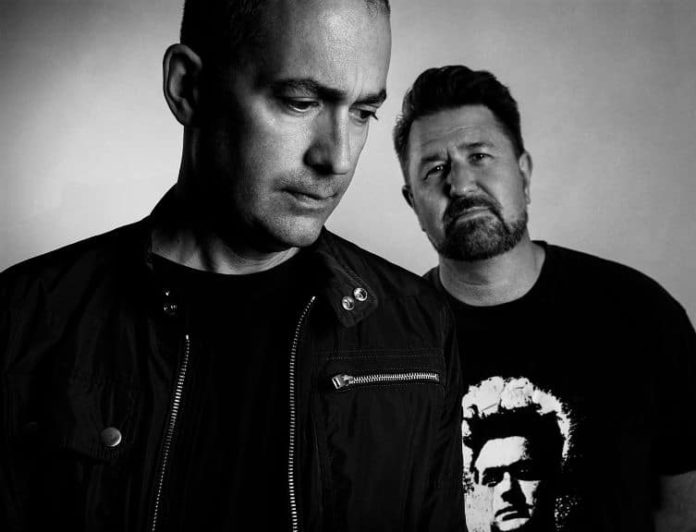 Purveyors of stark electronics and arid minimalism, Rogue Sector began in 2016 when experimental musician Andrew Trussler met producer (Depeche Mode, Supereal) Paul Freegard. They bonded over a shared love of the Beatles and Throbbing Gristle. Soon they were joined by vocalist Ellie Jones and began experimenting as a trio.. One thing led to another and eventually the track was picked up by MD of Nub Music Mark-Christopher-Lee, who signed the band as soon as he heard ‘Spare the Words’, a song written around a sample of Nico, taken from an acappella track, Nibelungen,(from her Marble Index album).

“I heard the line ‘Will you spare the words for me to hear…’” says the band’s songwriter, Andrew Trussler, “and it floored me, it was so haunting. At first it was just an experiment to see if I could write a new song around that phrase, but it soon became a ghostly duet about love lost and the passing of time.”

“We’re both big fans of her music,” adds co-producer Paul Freegard (who has produced Depeche Mode, Martin Gore and Supereal), “and I think we succeeded in getting that glacial atmosphere you hear in her solo albums.”

The exclusive footage of Nico that appears in the video was provided by experimental musician Eric Random, a former member of her band The Faction.

“Eric’s been a hero of mine for years, having produced a number of singular albums, as well as working with Cabaret Voltaire and Nico” says Andrew. “We’d become friendly on social media, so when it came to making the video I asked him if he had any Nico material we could use. To our delight he let us have a VHS of a gig in Switzerland. We cut it into the video and there was this thrilling moment when Nico appeared to be lip-syncing to the track and we knew we were on to something.”

Describing their sound as “minimalist pop meets Stockhausen,” Rogue Sector have already released a radical remix of the Department S hit, Is Vic There? (available as digital download) and are currently working on their debut album, The Ministry Of Love, with singer Ellie Jones.