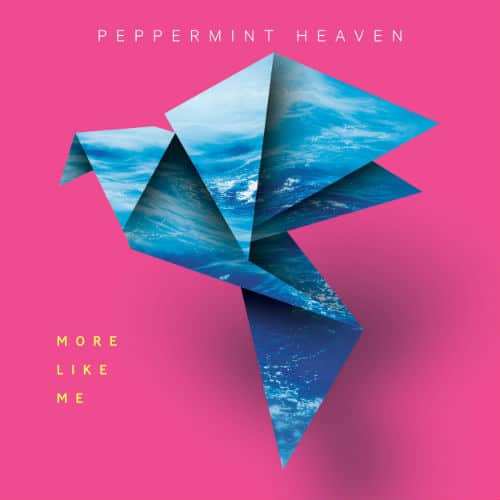 Juno & Spark AKA Peppermint Heaven, are becoming a force to be reckoned with. Their unique brand of 80’s style indie-pop has earned them a cult following in the six years since their first meeting. Now, back with their second full-length album ‘Curious Things’, the band have took their retro sound firmly into 2017..

It’s been a meteoric few years for the band. The release of their debut LP ‘Precious Things’ was met with a rapturous critical approval. Fans and critics alike were amazed by their unique, honest and truly vintage sound. And the bands ability to still sound current, within a sonic pastiche of Duran Duran, Simple Minds, Depeche Mode and New Order..

Their last release ‘Stranger Than Fiction’, marked the duos expanse into the world of bass music. Legends of the electronic scene Chords and Lynx (Signed to RAM Records and Hospital Records, respectively) both provided a variety of remixes. The result was online support from the likes of Datatransmission and Magnetic Magazine, as well as club support around the UK.

The first single from ‘Curious Things’ is the anthemic ‘More Like Me’ and it’s a track that’s oozing with retro charisma.. Unashamedly 80’s chic, the track makes incredible use of reverberated guitar chords and funkadelic bass-lines. The release paints vivid images of roller-discos & drive-in movies, all anchored by a flawless contemporary production standard.

“More Like Me is about finding for your identity and independence within a relationship. It’s one of the harder edged songs we’ve done. It has some attitude. This is the last song we wrote for Curious Things and it almost didn’t make it on the album!. Judging from the initial reaction, we’re certainly glad it did make the album after all!” – Peppermint Heaven

DJ G-String Has Released Her Hyper-Sonic Stormer Of A Trance Remix EP, ‘In The Mirror’