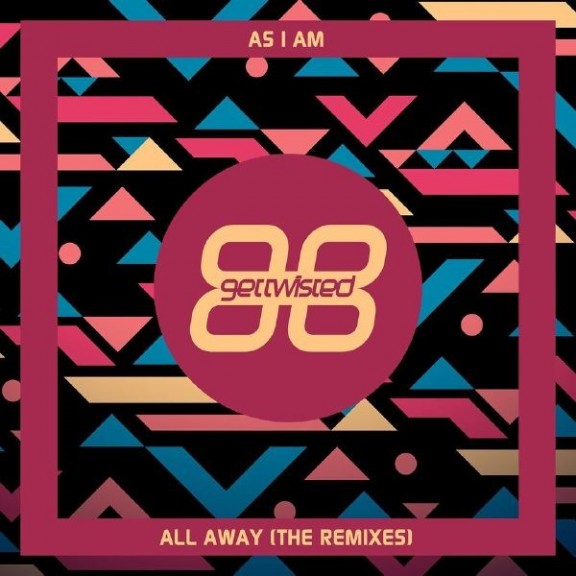 Following the release of AS I AM’s brilliant bass-heavy ‘All Away’ at the end of 2015 on Get Twisted Records, the infectious dance floor cut gets the remix treatment from Copy Paste Soul, Tom Shorterz, and Mandal & Forbes.

The supremely talented London-based producer and DJ, AS I AM (aka Jon O’Leary), has received support from some of the biggest names in house music including Pete Tong, Danny Howard, Kenny Dope, Dennis Ferrer, MK, Roger Sanchez and many more.

In 2002, AS I AM launched underground radio station, Select UK Radio. Today, which over one million unique listeners, it is one of the longest-running underground stations, focusing on house music across the board.

Having scored an underground hit with ‘Saving Grace’ on Defected last year and with guest mixes on BBC Radio 1 Xtra and Pete Tong’s Evolution Radio, ‘All Away’ is sure to propel AS I AM to the next level and be another success for the Get Twisted label.

As with all AS I AM records, ‘All Away’ is built for the dance floor, with a touch of 90’s rave throw back and a hook that will have you singing all night long. Sure to be a signature record in nightclubs and beyond, ‘All Away’ is destined for big things.