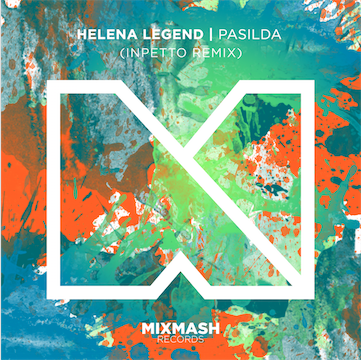 Brothers Marco and Dirk Duderstadt are already well known for their production capabilities, having remixed tracks for David Guetta, Paul Van Dyk and Armin van Buuren to name a few. Additionally, they added a new twist to their own recording of ‘Toca’s Miracle’ which in the process helped it return to the UK top 20 singles chart for an impressive third time.

Taking Helena’s cover of Afro Medusa’s original, the duo have injected ‘Pasilda’ with a shot of house. Staying true to the exotic female vocals, the German heavy weights have reworked the samba-style sound, transforming the hit into a bigger, club-facing track. Expect to hear this during their sets at both Tomorrowland Brasil and Belgium this year.

Music Akshay Bhanawat - February 22, 2020
0
Following the success of his previous EP, The Sound, Aero Chord has revealed he will be kicking the year off with his single, Technique...

Music Akshay Bhanawat - February 22, 2020
0
Following on from what has already been a full on few months that’s included the release of Bass Go alongside rising star, John Summit,...
ABOUT US
What started as an interest, slowly turned into a passion, and before we knew it, we had curated and founded a thriving community of avid electronic dance music lovers.
FOLLOW US
© Copyright 2020 - T.H.E Music Essentials