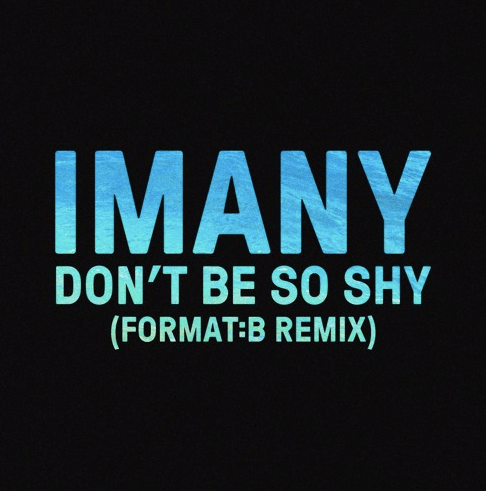 Format:B’s track Chunky was hand-picked as one of Annie Macs Hottest records and has seen support from Danny Howard, MistaJam, Hue Stephens and Pete Tong amongst others. The pair have seen some great support from music tastemaker sites such as MTV, Thump, Complex, Magnetic Mag and Wired.

Dont Be So Shy’ was previously remixed by Flavtov & Karas which has seen it become a massive #1 chart hit across Europe.

This remix has now over 75 million combined YouTube plays and has become a Number 1 hit in various countries.

Listen to Imany – Don’t Be So Shy (Format:B Remix) below.

W&W, Sandro Silva And Zafrir Unleash ‘Wizard Of The Beats’

W&W, Sandro Silva And Zafrir Unleash ‘Wizard Of The Beats’

Music Akshay Bhanawat - February 24, 2020
0
There’s no doubt about it; let W&W, Sandro Silva and Zafrir sit down in a studio together and there’ll speaker-blasting magic. The first-ever collaboration...

Editorials Akshay Bhanawat - February 24, 2020
0
Many things make a great online game. These include: the theme, graphics, features, and gameplay among others. One of the features that stand out,...

featured Shivani Murthy - February 22, 2020
0
A mere day before returning to the A State Of Trance stage in Utrecht for its 950 edition, Jorn van Deynhoven has unleashed the...
ABOUT US
What started as an interest, slowly turned into a passion, and before we knew it, we had curated and founded a thriving community of avid electronic dance music lovers.
FOLLOW US
© Copyright 2020 - T.H.E Music Essentials