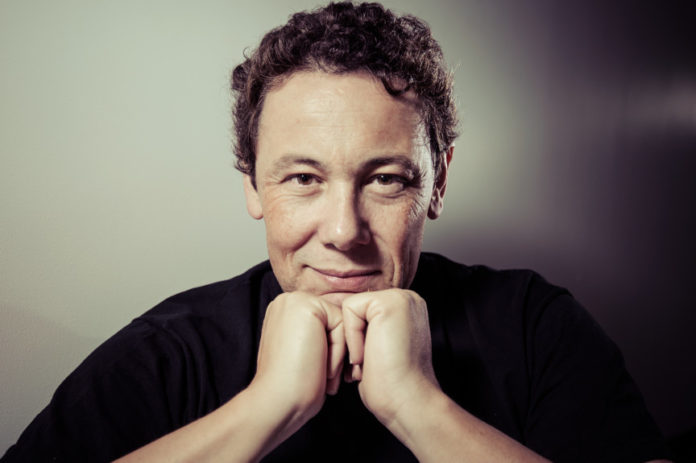 The second single to be taken from Joachim Garraud’s upcoming ’96/24′ long-player, featuring Chris Willis on vocals, ‘Don’t Cry (Remember My Name)’ will be released globally via Ultra Music on December 4th on Beatport and iTunes. A fitting tribute to Garraud’s work with David Guetta – including tracks ‘Just A Little More Love’ and ‘Love Don’t Let Me Go’ and the creation of labels GUMPROD and F*** Me I’m Famous – the single celebrates one of the most defining collaborative partnerships in the history of French house music.

Returning to Joachim’s roots in French techno a quarter of a century ago, ‘Don’t Cry’ segues masterfully between stripped back minimal beats and melodies towards Willis’ iconic voice, creating a pacey, crescendo-driven synth masterpiece that indulges in the very best memories of his period with Guetta.

Fans of Garraud will be more than familiar with his genre-defining body of work, which as well as his own original productions includes tracks, collaborations, remixes and co-productions for the likes of Jean-Michel Jarre, Bob Sinclar, David Bowie, Kylie Minogue, Culture Club, Beyoncé, OMD, Deep Dish, The Eurythmics, Paul Johnson, Cassius, Ceronne, Moby, Robbie Rivera and of course David Guetta.

A pioneer, a visionary and a producers’ producer, ‘Don’t Cry (Remember My Name)’ and ’96/24′ see Joachim Garraud reminding us once again why he remains at the very top of the industry, as ever a force to be reckoned with.

PREMIERE: Deuce & Charger Return With A Surreal Half-Time Number ‘Sun In Our Eyes’

EDM News Mmkrishna Cherla - August 7, 2020
0
The Columbian - American DJ/Producer/Record label boss has been arrested and charged with sexual battery on a woman. According to the local news report, the...

PREMIERE: Deuce & Charger Return With A Surreal Half-Time Number ‘Sun In Our Eyes’

featured Sagar Deshmukh - August 6, 2020
0
After a string of releases and standout collaborations on some of the prominent Drum & Bass labels, London-based singer and producer/DJ duo Deuce &...

EDM News Akshay Bhanawat - August 5, 2020
0
Electronic music fans may not be flocking to Creamfields this August Bank Holiday for one of the biggest events in the dance music calendar,...

EDM News Melody Siganporia - August 4, 2020
0
After having to cancel their 2020 edition like all such large scale live events due to the Covid-19 pandemic, Creamfields took the opportunity to...
ABOUT US
What started as an interest, slowly turned into a passion, and before we knew it, we had curated and founded a thriving community of avid electronic dance music lovers.
FOLLOW US
© Copyright 2020 - T.H.E Music Essentials