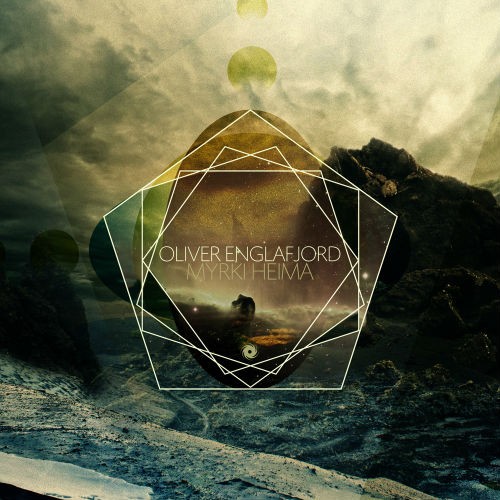 Myrki Heima’ by Oliver Englafjord is an album like no other. Its metamorphosed from late-night sonic-sketching, through YouTube beta testing on to an alias-donned/fully-fleshed 13-track body of work… 3 years in process, ‘Myrki Heima’s epic passage to album-hood culminates this July.

The by-chance brainchild of Sweden’s Marcus Schössow, ‘Myrki’s embryonic moment occurred in Iceland, a half decade ago. Blinking ‘Oliver Englafjord’ into existence, it was a trip for Schössow that went far beyond the bounds of the merely inspirational.

A citizen of an unidentified Nordic city, Oliver’s life musings visually push through the fourth wall of ‘Myrki Heima’s music. Across a series of 5-minute accompanying film shorts, sound-tracked by the album’s audio, Englafjord half-ponders/half-narrates his life, the universe & everything. The meanings of Oliver words are initially cryptic. Only through the 4 video chapters, framed against the urban, metropolitan and bucolic Nordic locales that accompany ‘Myrki’s release, does his story become clear.

So take a sizeable leap outside the box, bid ‘adieu’ to your electronic music contentment zone and enjoy the first galactic single from Englafjord’s upcoming album. This is ‘Molntus’ (and no, we’ve no idea what that means either).

Explaining the genesis of Oliver Englafjord, Marcus says: “I started this project to basically learn about new hardware I had, and to explore what happens if I used it to make music that had no rules. At the time I’d been travelling around Iceland and was inspired by its nature and peacefulness. I started to play this material to a friend of mine and he suggested that I should develop it into a full album. I wasn’t so sure, but I uploaded some masked demos to YouTube, for fun and to see what people – not knowing it was I – would say.

The reactions were overwhelming and it began doing the rounds on the underground blogs and forum boards. So I decided to follow that friend’s suggestion, get on and make this album. It was a natural process, but as a side project, it took 3 years to complete. No deadlines, no pressure, no one knowing what I was working on and as I say, no rules.”

Heads-up: attempt to categorize ‘Myrki Heima’s elecsonics at your peril. No genre slot-ins available; no recognised electronic music categories to ease into. The moment you think you’ve put a pin in ‘Myrki’, it’s gonna pop it right back out at you.

“After many years of producing and DJing the music I produce and DJ, it was an amazing freedom and liberation to do this – a sabbatical of a kind”, continues Schössow “Deep inside of me, I’ve always been a melodic techno guy, but I’ve always felt that I’d like to go down this path sooner or later. I never expected that instead of finding the path, that path would find me. This alias is all about freehand music with no compromise and I’m beyond excited to embark on this journey with Oliver and see where it takes us all.”

The album is in essence ‘Schössow: unbound’, a transcendental, near out-of-body producer experience, which entwines Marcus & ‘Oliver’s minds. It’s long-player that has zero to do with classification and everything to do with feel and atmosphere and ether. Downtempo, mid and up, it supplies theatre for the ear and eye, with start-to-finish cinematics and quantum drama, both mellow & melo.

Somewhere between high concept and avant-garde/art-house, between this plane and another, Oliver exists… And so now does ‘Myrki Heima’.