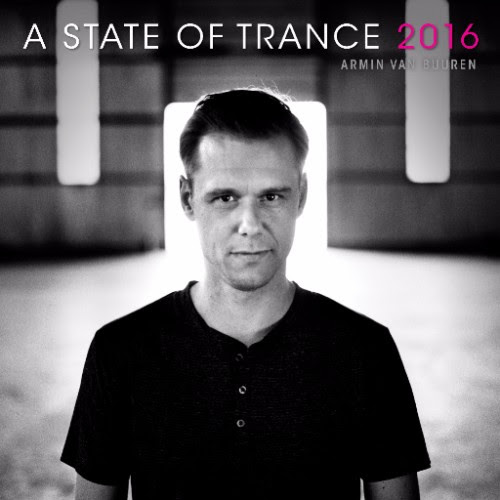 The weekly ‘A State Of Trance’ radio show is what started the meteoric rise of the brand. Going strong since 2001 and celebrating its fifteenth anniversary this year, A State Of Trance has an estimated 37 million listeners every week and is broadcast on over 100 broadcasting stations in more than 84 countries. ‘A State Of Trance’ as a radio show also allowed Armin van Buuren to win the award for ‘Best Mix Radio Show’ at the International Dance Music Awards in Miami for an unprecedented seven times.

The release of ‘A State Of Trance 2016’ not just marks another spectacular instalment of the annual compilation series; the brand-new compilation also fuels the momentum for Armin van Buuren’s ‘Armin Only Embrace’ world tour. ‘Armin Only Embrace’ is to kick off tonight through its world premiere in the Ziggo Dome in Amsterdam, the Netherlands, and will continue the following day with a second show in the Ziggo Dome. After these two sold-out shows, ‘Armin Only Embrace’ to touch down in Belarus, Bulgaria, Poland, Mexico, Spain, and the United Arabian Emirates (UAE) later this year. Additional show dates and locations will be announced later on.

‘Armin Only Embrace’ is closely tied to Armin van Buuren’s sixth artist album: ‘Embrace’. ‘Freefall’ feat. BullySongs, the fourth single of said album, was launched last week and is to feature in the ‘Armin Only Embrace’ shows, whereas the Manse remix of ‘Freefall’ is one of the 39 tracks comprising the ‘A State Of Trance 2016’ compilation.

Watch the official A State Of Trance 2016 trailer

Music Mmkrishna Cherla - May 24, 2020
0
The Swedish producer is back with new Cirez D music and this time it’s a double-sided release. Titled Valborg/The Raid, this double release is...

EDM News Melody Siganporia - May 24, 2020
0
After successfully raising $700,000 in donations during his very first United At Home live stream from Miami, David Guetta decided to bring the fundraising...

featured Akshay Bhanawat - May 23, 2020
0
Eelke Kleijn Interview Three albums into a well established, yet still rapidly ascending career, Kleijn is an artist very much in his element. In the...

Editorials Akshay Bhanawat - May 23, 2020
0
How To Write Better Song Lyrics? Writing song lyrics is an extremely interesting but challenging job. A good song lyric requires a lot of experience,...
ABOUT US
What started as an interest, slowly turned into a passion, and before we knew it, we had curated and founded a thriving community of avid electronic dance music lovers.
FOLLOW US
© Copyright 2020 - T.H.E Music Essentials