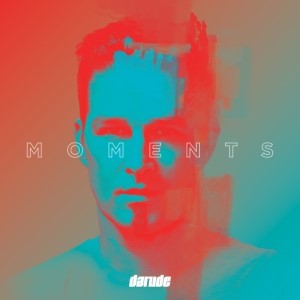 It’s hard to think of a producer who has managed to maintain a career that spans two decades, simultaneously staying true to his roots and sound in the process, yet still managing to crossover into not just the mainstream, but the psyche of an entire generation.

One such name that fits the bill is Finnish legend Ville Virtanen, better known as Darude. Since blasting his way onto the scene with his debut releases in the late ‘90s, Darude has been a familiar and respected name to legions of dance music lovers ever since. Now Finland’s biggest musical export is back with his fourth studio album Moments, and it’s another exciting chapter for a man who keeps on delivering the goods, staying perfectly in tune with a scene that is infamous for its sudden, rapid, and ruthless change.

On the face of it Moments is a journey through a range of musical influences and styles, showcasing the full gamut of Darude’s ability. From the mainstage, festival friendly anthems such as title track Moments and recent single ‘Beautiful Alien’ (that hit #1 in the Finnish iTunes chart), right through to the more dark, complex, and raw sounds of tracks like hard trance tinged ‘Supersized’, or the dubstep breaks in ‘Warrior’, this is an album that offers something different and exciting around every corner.

Yet digging deeper into the fabric of the album, it becomes clear that this is more than just collection of great tracks. Moments is the work of a man who has the ability to work with current trends in dance music, opening himself up to a whole host of new fans, while retaining the Darude magic that captivated so many in the first place. Never a man to rest on his laurels, it’s also indicative of Darude’s desire to constantly push not just his own boundaries, but also the expectations of others.

Discussing his direction with Moments Darude said “I wanted to pull in experiences from my past but with a vision for the future of my sound. It’s well known that some of my earliest music continues to be a part of my life today and when reflecting on this I was thinking about all of those moments I’ve had, from that very first single release to my first dj gig, all the way through my three artist albums, right up until the last couple of years. All the people I’ve met along the way, the friends and family around me, moving to America and then back to Finland, and how my life’s evolved since I first got into dance music and how its now something I wake up to each and every day. All those moments make up this incredible story, which I’ve tried to document in some part in this new artist album.”

With a bubbling hype already building around the album, it’s clear that Moments has the ability to propel the Darude name into a new phase of his career. As always though, he’ll be doing it on his own terms, and with strong affection firmly directed on his ever loyal and expanding fanbase of music fans.