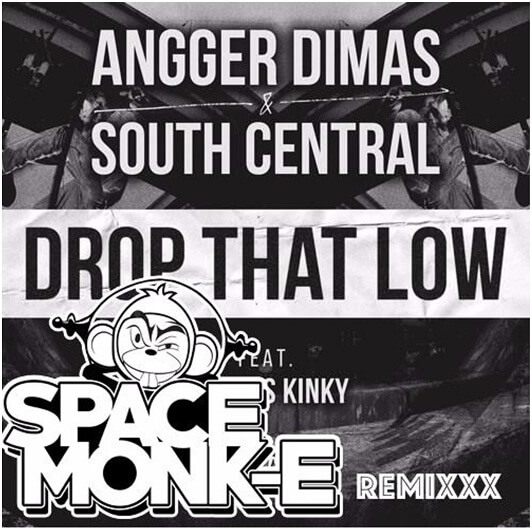 Over the years, Space Monk-E has established himself as one of the fastest rising stars within the east coast scene, thanks to his booty movin productions such as Static, Burn, E Everybody, Snake Charmer and The Come Up.

With styles ranging from Hard Electro to booty-shaking bass, he has the energy and raw talent that many other DJs can only dream of having, pleasing crowds wherever he spins, on his mission to international stardom.

Armed with his latest weapon, the highly sought-after DJ has been performing all around the North American continent, holding down residencies at some of NYCs legendary venues including: Limelight, Tunnel and Original EXIT, supporting international stars such as: TJR, DJ Funk, Frankie Bones, Bad Boy Bill and Rob Gee.

Space Monk-Es latest production is a remix of Angger Dimas and South Centrals heavy collaboration Drop That Low. Bursting with huge Electro driven beats, a deep bass-line, razor synths and excellent vocal work, Space Monk-Es Electro take on Drop That Low is sure to be a hit at festivals and clubs around the world; sending party goers into a state of chaos, making this highly energetic thriller a must for any DJs upcoming performances.

As a gift to his fans to show his gratitude for all their support over the years, Space Monk-E has released his Drop That Low remix as a free download. With many more impressive records lined up for release via his very own imprint Smooth Villain Records, you can expect to hear a lot of noise coming form his camp in the upcoming months, whilst rapidly climbing through the ranks of the Dance music ladder.

Editorials Akshay Bhanawat - February 24, 2020
0
Many things make a great online game. These include: the theme, graphics, features, and gameplay among others. One of the features that stand out,...

Music Akshay Bhanawat - February 22, 2020
0
Justin Jay and Josh Taylor have joined forces for an effervescent new single “I Just Wanna Sleep” available on all DSPs now via...
ABOUT US
What started as an interest, slowly turned into a passion, and before we knew it, we had curated and founded a thriving community of avid electronic dance music lovers.
FOLLOW US
© Copyright 2020 - T.H.E Music Essentials