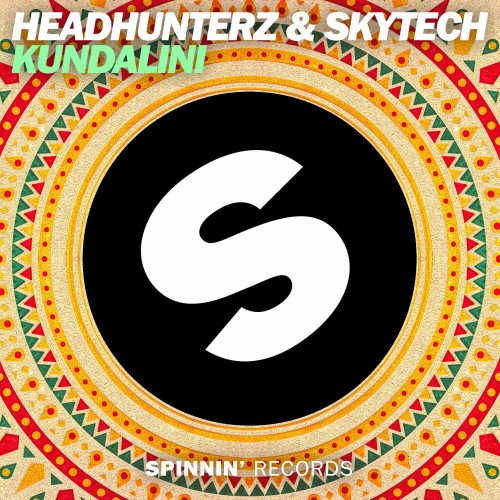 Hot blooded electro sounds from Headhunterz & Skytech. The collab results in sweet oriental chants, handclaps and major rave stabs. Music that will get any crowd moving, ‘Kundalini’ is made to jump to, enervating and energizing the party with full force.

Dutch DJ and producer Willem Rebergen, better known as Headhunterz, is driven by an open mind and the desire to be free of expectations. Music has become his playground. The past decade has taken him on a rollercoaster ride of a journey with roots that have built him a strong and solid ground to start from. Following his own innerflow, his sounds have grown all the more colorful, genre-bending and unique. Ever guided by the music from within, there’s no restrictions to the path ahead for this inspiring prodigy. Following his golden record for Ultra Music release ‘Colors’ ft. Tatu, he continued his journey collaborating with the inspiring names of Krewella, W&W, Carnage, Crystal Lake, Hardwell, Reunify, R3hab and Steve Aoki. Highlights of his studio experiments include ‘The Universe Is Ours’, ‘The Power of Now’, ‘To Be Me’, ‘Won’t Stop Rocking’ and ‘Live Your Life’.

The next step of Headhunterz’ inspiring journey continues with a collaboration with Skytech on their new track ‘Kundalini’. On the verge of a new chapter of his career, Skytech intends to explore new realms of electronic sounds, on the lookout for musical euphoria. In 2015 having released the amazing ‘Tiger’ together with R3hab & Fafaq, or ‘Indigo’ with Yves V and Fafaq, he put his name on the global electronic music map, and that was just a teaser. The year 2016 brought another big collaboration with Yves V and Fafaq called ‘Fever’. Skytech’s music is all about well crafted sounds, emotions captured in the notes of the melody and pure dancefloor energy. Apart from the process of music creation he also shares his passion and dedication through live DJ performances in clubs and festivals.