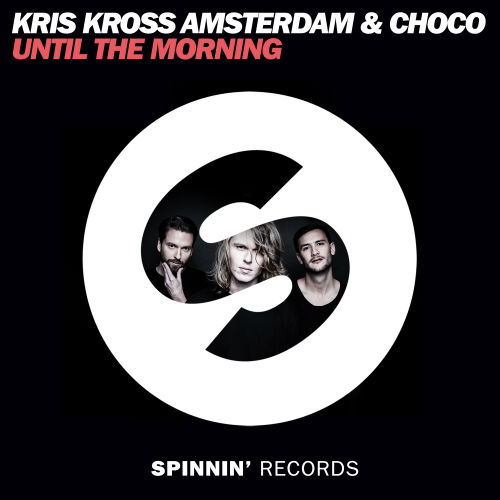 The title actually says it all, referring to the early days of Kris Kross Amsterdam, starting out as a highly successful, monthly soldout party in the Dutch capital. It was a crazy affair, conceived by brothers Jordy and Sander Huisman, who thought the Amsterdam club scene could use a bit more diverse and crazy music nights. The name of the party was a deliberate nod to the 90s rap duo, as sort of a tribute to that infamous party decade, although the music at Kris Kross Amsterdam went into every direction.

Exploring genres from R&B, hip hop, funk, soul, house and trap music, the Kris Kross party developed into sold-out events at the biggest clubs in Amsterdam. From then on, things turned even better. Last year saw Yuki Kempees join as MC, turning the group in a same-named stage act, while also introducing a clothing line and, now, productional team.

As they worked together with CHOCO, ‘Until The Morning’ is exactly the tune you’d expect from these Amsterdam tastemakers. Blending R&B and soul with heavy electronics and cool trap elements, it’s a record that works on multiple levels. Which was immediately acknowledged by DJs like David Guetta, Dimitri Vegas & Like Mike, Afrojack, R3hab and Zeds Dead, who all featured the track in their radio shows.

Now it’s out, exclusively available on Spotify, together with a full version on SoundCloud. And it’s bound to get some heavy festival & airplay until the morning..

Listen to Kris Kross Amsterdam & CHOCO – Until The Morning (Original Mix) below.