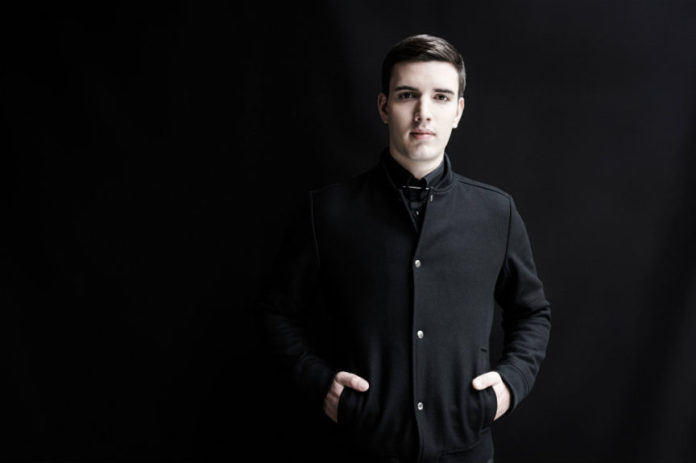 Undoubtedly one of the greatest success stories drum & bass had to tell in 2015 was Netsky, and now he’s back to kick off 2016 with his biggest single yet.

NETSKY aka, Boris Daenen will release Work It Out Feat. Digital Farm Animals on Jan 22nd (impacting 4th March), taken from his highly anticipated upcoming third studio album, 3 due to be released later this year.

2015 saw Netsky release the first taste of his brand new album with festival favourite, Rio. The Brazilian inspired drum & bass track was a hit with specialist and daytime radio alike and was heard everywhere from underground raves, to the soundtrack for Londons New Years Eve fireworks display.

On Work It Out, Netsky has teamed up once again with Digital Farm Animals, his collaborator on last years smash Rio, who supported Netsky on tour in 2015, and has his own solo record coming out shortly. Together they have created an uplifting, timeless anthem, bringing some much needed positivity to the new year.

From his signing to the legendary Hospital Records back in 2009 Netsky’s star has been rising. His infamous self-titled debut album Netsky propelled the talented young producer from Antwerp to become one of the most talked about and talented names within the electronic music world and when his second album 2 was released (2012) it immediately hit the No. 1 spot in the official Belgium charts and the Top 30 in the official UK albums chart, quickly going on to achieve platinum status. His trademark sound, an explosive fusion of stirring vocals with a unique and soulful take on the drum & bass sound has earned him respect and support from across the industry, an extensive, dedicated global fan base and numerous accolades, including being the highest placed drum & bass artist in DJ Mags 2015 Top 100 DJs poll.

In addition to his own releases, Netsky also boasts an impressive cast list of remix duties, having re-mixed a number of huge anthems including Ruskos Everyday which has garnered over 21.5m plays on YouTube to date, and most recently putting his magical touch on remixes for Ed Sheeran and Jack Ü.

Netskys breathtaking live show continues to push the boundaries that define how electronic music can be experienced, hailed by artists from within the genre as the best live show in electronic music, Netskys Live band has already completed numerous sold out tours around the world along with countless international headline appearances at festivals such as Pukkelpop, Reading & Leeds, Ultra Music Festival and Coachella.

2016 is set to be the year Netsky becomes not just one of the most recognized names in electronic music, but music everywhere, all around the world.