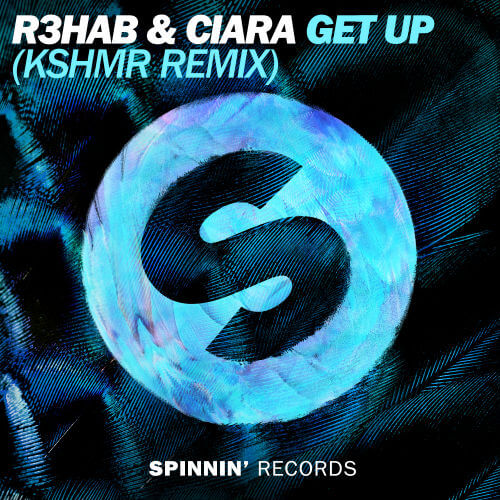 Renowned DJ R3hab has collaborated again with Grammy Award winning singer, song writer, producer and actress Ciara for his much anticipated single ‘Get Up’ Out now on Spinnin’ Records.

“Get Up” is a dream collaboration in full effect. R3hab blends both old school house flavors with invigorating vocals from Ciara, made for sun drenched festival meadows and clubs everywhere.

R3hab, an artist, DJ, and producer from Holland has emerged as one of the hottest new artists in dance music. His early success has already over 100 million SoundCloud plays, six #1 Beatport singles and becoming the fourth highest selling artist on Beatport.

R3hab progressed in his triumphal path throughout 2015, and recently released hugely popular collaborations with Headhunterz (‘Won’t Stop Rocking’), KSHMR (‘Strong’) and Burns (‘Near Me’). As one of the most notable remixers of all time, he has been called upon by such multi-platinum artists as Taylor Swift, Beyoncé, Calvin Harris and John Legend. R3hab, performing live to millions of people a year, has become a major artist on some of the world’s largest festival stages and clubs alike.

R3hab and Ciara teased fans last summer when she made a surprise appearance during his set at Coachella where they performed the “I Bet” remix and “Get Up”, then just an early work in progress.

This collaboration between a pop icon and dance music phenomenon, ‘Get Up’, is destined to make moves everywhere. The single has already garnished airplay from the world’s most influential DJs including Tiësto, David Guetta, Afrojack, Quintino, Ummet Ozcan, W&W, Nicky Romero, Sam Feldt, EDX and many others, as well as supported by a wide range of artists and fans.

You can also listen to the KSHMR remix below and grab it here.