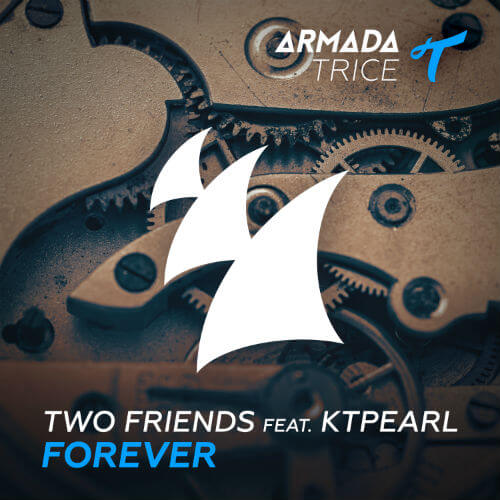 LA based dance duo and certified remix aficionados, Two Friends, are kicking off this month with their huge original mix, ‘Forever’. Out via Armada Music, the track is available to stream and download below.

Matt and Eli, aka Two Friends, have all but cemented their reputation as some of dance music’s most promising rising stars. Making huge headway last year with their viral remixes of artists like Tori Kelly, Alesso, and The Chainsmokers, the duo soon were hitting the top spot on Hype Machine generating a sizeable fan base in the process.

Despite releasing a slew of chart topping remixes, “Forever” serves as Two Friends’ first original track in over a year. Brimming with vibrant piano driven chord sequences, the record radiates their distinct brand of Soul House, showcasing Matt and Eli’s ability to effortlessly transition between smash hit remixes and breathtaking original productions. Featuring a refreshing pop-infused melody and the majestic vocals of Los Angeles newcomer ktpearl, Two Friends have created a club-ready anthem that will undoubtedly be riding the airwaves in the coming weeks.

While “Forever” is their first original release in over a year, the track represents their third effort of 2016, having previously dropped remixes for the Pegboard Nerds and Shaun Frank. With more original productions in the pipelines and performance dates soon to be announced, the future looks very bright for these two unstoppable friends.