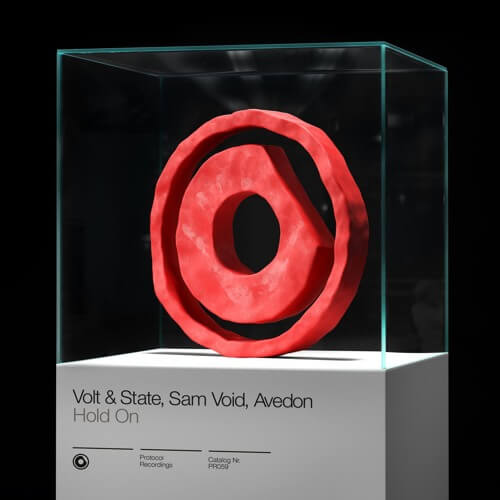 Volt & State have teamed up with Sam Void, whose track “Young” was featured on Protocol’s Miami 2015 compilation, and newcomer Avedon for the new single “Hold On”.

When one of the most renowned music festivals in the world selects your track to feature in their promo movie, you know you’ve been inducted into the industry’s inner circle of serious players. Volt & State had their moment when their recent hit “Sandcastles” was chosen for the Ultra Brazil 2016 promo movie. Now, the Dutch duo are keeping the momentum going with their 8th track on Protocol Recordings, titled “Hold On”, which was premiered on Nicky Romero’s Protocol Radio #177. Sam Void and Avedon’s fresh spin on Volt & State’s progressive house persona makes the new distinguishable in a sea of monotonous releases in the genre.

With its theatrical synths over a deep and rhythmic bassline, “Hold On” excellently represents Volt & State’s prowess of moving both their listener’s bodies and minds. The track is a promise that no matter how many obstacles life throws in your path, there will always be that one person who will carry you through the heaviest of storms – and you’ll be dancing the whole way through! Volt & State, Sam Void and Avedon have together mastered the intricate triad of melody, energy and emotion in their productions. For Volt & State, the most established of the three, this recipe lead to hot year of successful releases in 2015. They mixed Protocol Recordings’ massive ADE Compilation in 2015, released the anthem “Warriors” they produced with Nicky Romero to much acclaim, and then the smash hit “Sandcastles”. Sam Void’s “Young” soared to popularity in the 2015 festival season, and Avedon’s raw talent hints at many noteworthy releases in the future. If the trend continues, expect to be hearing “Hold On” in heavy rotation at your favorite club and in your favorite podcast very soon.