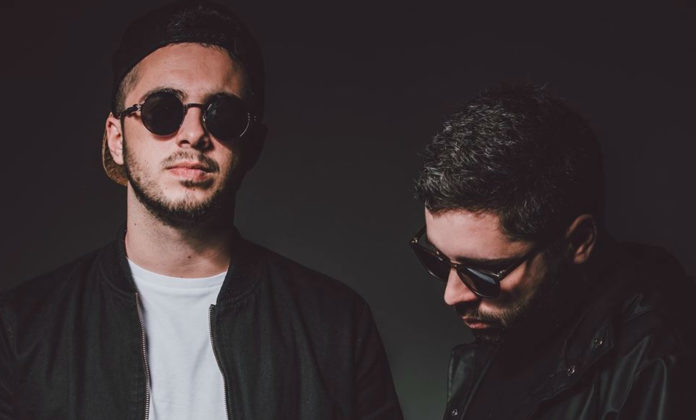 Harnessing a sound that SQWAD have made their own over the past few years, ‘Big Ting Vibe’ is an imposing, bass-heavy release that pairs speaker-shuddering bass with mutated Patois vocals to devastating effect.

Making waves in the bass house scene since launching in 2015, SQWAD is made up of high school friends Etienne and Antoine, both from Toulouse, France. Their first real buzz was created by 2017 track ‘Damn Right’, which received support from fellow acclaimed producers JAUZ, Habstrakt, Ekali and NGHTMRE.

The following year they remixed Zeds Dead & JAUZ’s ‘Lights Go Down’ for a remix package that also included Sikdope, Gentlemans Club and Subtronics. This in turn led to gigs and shows for the pair, who shared stages with Taiki Nulight, Getter, Tony Romera, Sikdope, Bellecour and Badjokes.

2019 has already proven to be SQWAD’s biggest year yet, performing at several clubs and festivals – including Lollapalooza Paris, E-WAX Festival and SANS MERCI Toulouse – and releasing on labels such as Mad Decent, Monstercat, Nightbass and Confession.

Delivering the kind of bass-heavy sound that they are renowned for, ‘Big Ting Vibe’ sees SQWAD at their uncompromising best.

Sander van Doorn & Frontliner Reunite For Explosive Collaboration, ‘Like This’

featured Akshay Bhanawat - January 29, 2020
0
Scottish DJ, producer and label owner Kevin McKay has a discography that spans the last 20 years. He has produced everything from world-renowned dance...

EDM News Pavan Kumar - January 29, 2020
0
The Indian music scene has seen a steep rise in terms of talent and quality of music that's being produced. A huge leap has...

Billie Eilish Became the First Woman To Sweep The Big Four Honors at The...

EDM News Melody Siganporia - January 28, 2020
0
When this 18-year-old became an almost viral sensation with her hit “bad guy”, everyone knew she was going to be one to look out...

Music Hannah Helbert - January 28, 2020
0
Following Task Horizon's massive new release 'Disintegrate' on Evolution Chamber, a label founded through the brute force of their own work, alongside Receptor and...

Road To ULTRA Returns To India This March; Lineup Rumoured To Include Nicky Romero...

EDM News Mmkrishna Cherla - January 28, 2020
0
Ultra, one of the biggest festivals of the world, is making its way back to India for another edition of “Road to Ultra”. As...
ABOUT US
What started as an interest, slowly turned into a passion, and before we knew it, we had curated and founded a thriving community of avid electronic dance music lovers.
FOLLOW US
© Copyright 2020 - T.H.E Music Essentials