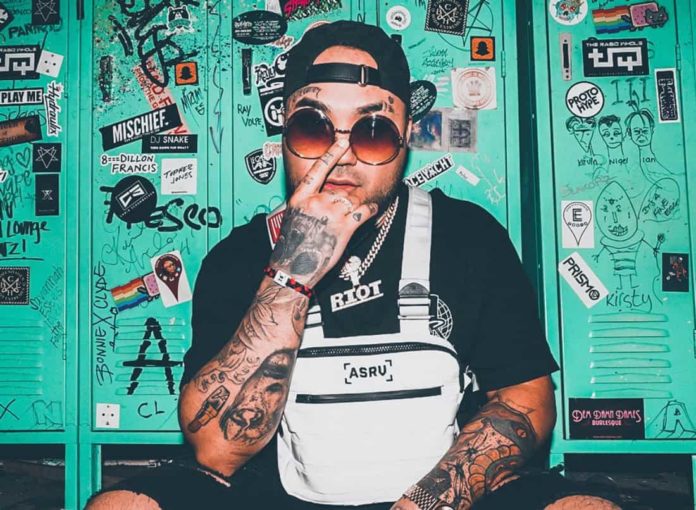 Following a massive year for Riot Ten, which included the release of his Hype or Die: Emergence EP and his house-focused BLKMRKT Vol.1 EP, the El Paso-based producer kicks off 2021 with “Poppin.” It is the first single off Riot Ten’s highly-anticipated forthcoming sophomore album, set to drop this year on Dim Mak. Since joining Dim Mak in 2017, the producer has experienced meteoric growth in the dubstep and bass music scene. Led by the success of his worldwide anthem “Rail Breaker,” Riot Ten now has 18 catalog songs that have each received over 1 million streams on Spotify alone, with many in the multiple millions.

“Poppin” is Riot Ten’s latest bass heavy single which sees him team up with Montreal’s CHRMNDRS, who was recently featured on Buygore’s Summer 2020 compilation. The two producers forged their talents together to create a festival-ready thrasher of epic proportions. To make the track really pop, Riot Ten called upon his close friend Krystall Poppin to add her energetic vocals. Hailed by the El Paso Times as a “Hip-hop shape-shifter,” the emerging Texas rapper made headlines when she opened for Cardi B at a hometown concert in 2019, the same year her Raw Gold Honey album peaked at #45 on the iTunes album charts. Speaking on the collaboration, Riot Ten explained,

“I’d been wanting to make a new obnoxiously hype record for when festivals return, and as you don’t see many female rappers on dubstep songs, I reached out to my long time friend, Krystall Poppin, to bring the vocal heat. Teaming up with CHRMNDRS, one of my favorite up and coming producers right now, was the cherry on top. I’ve been playing this one out in my live streams and mixes for a while and the response has been huge. Beyond excited for this to finally drop!”