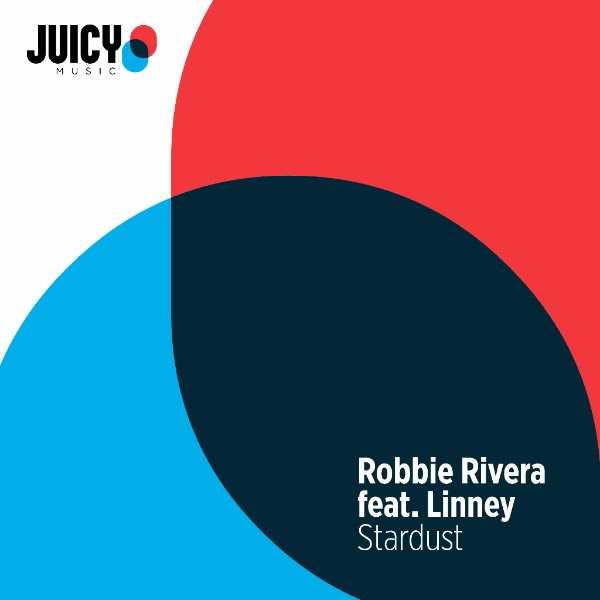 Prolific as ever, Robbie Rivera is not one to let the momentum subside. Following up on his latest productions, the Puerto Rican DJ, producer and label owner teamed up with American songstress Linney for ‘Stardust’, which saw its release on Robbie Rivera’s Juicy Music label today.

Built on a foundation of Linney’s staccato-like vocals and a riveting flute melody, ‘Stardust’ comes hot on the heels of Robbie Rivera’s most recent works, which includes ‘Your Silent Face’ (vs New Order) and ‘Revenge’. ‘Stardust’ is Robbie Rivera’s third release since he started an extensive partnership with Amsterdam-based record label Armada Music, which included both his Juicy Music and Juicy Traxx labels.

Having played a major part in the development of the House music scene for over a decade and a half, Robbie Rivera is without doubt one of the genre’s most esteemed contributors. He has remixed and/or worked with a full range of pop icons and music superstars, including Kylie Minogue, Madonna, Basement Jaxx, Deadmau5, Tiësto, Kaskade, Ferry Corsten, Axwell and David Guetta, all the while churning out original productions like a madman. ‘Stardust’ shows that he is in no way slowing down.

Music Akshay Bhanawat - March 28, 2020
0
Following a top 5 Beatport smash with his Subdue EP last year, Iglesias returns to Solardo’s Sola label for a meteoric collaboration with rising...
ABOUT US
What started as an interest, slowly turned into a passion, and before we knew it, we had curated and founded a thriving community of avid electronic dance music lovers.
FOLLOW US
© Copyright 2020 - T.H.E Music Essentials