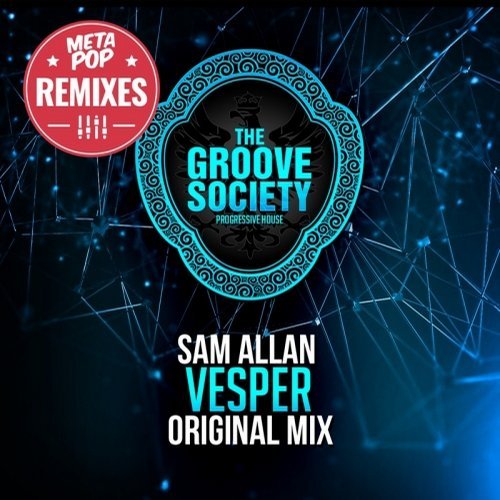 American DJ and producer Sam Allan has quickly become one of his home country’s hottest exports, thanks to his perfectly crafted DJ sets and storytelling productions.

Armed with his unique arsenal of Progressive and Trance wonders, The New York city based artist is the mastermind behind hits such as ‘Outer Limits’ and ‘Vesper’, gaining monumental support from A-List heavyweights such as Ferry Corsten, Paul van Dyk, Judge Jules, Giuseppe Ottaviano, Cedric Gervais and Ritchie Hawtin – colossal accomplishments that many upcoming artists strive to achieve.

The original mix of ‘Vesper’ quickly became a worldwide hit and shot up to the 21 spot in the Beatport Top 100 Progressive House Chart, gaining support from many of the scene’s tastemakers. To celebrate it’s success, Sam and The Groove Society Records decided to run a remix competition, which aimed at giving upcoming talents a platform to build up their fan base and an opportunity to release on the label. Byron Martiny, Matthew Meel and DJ Deekrai were the competition winners and their Progressive House anthems are out now on Beatport. Make sure you grab your copies now as this release is set to fly off the record store shelves.