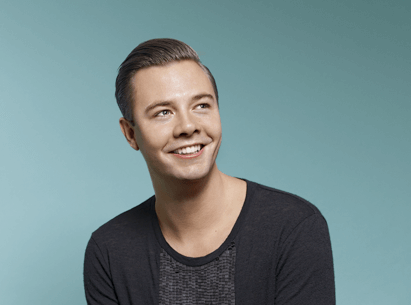 Platinum-selling artist Sam Feldt has gifted his fans with two free downloads to kick off the New Year. Fans can unlock and download these tracks through his fan engagement portal, Heartfeldt.me.

The present includes a laidback, folk-influenced edit of Flatdisk’s ‘Higher’ feat. Dave Thomas and an emotive edit of SIR NOTCH’s ‘Please Don’t Go’ with a synthesized piano melody running throughout.

Launching Heartfeldt.me – in collaboration with Fangage.me – at Amsterdam Dance Event in October last year, Sam is the first artist to have his own fan engagement site. This platform allows fans have a closer connection with him through exclusive content and competitions with chances to win meet and greet tickets to some of his shows.

2016 proved to be a monumental year for Sam Feldt. Since storming up the charts last summer with hit singles ‘Runaways’ and ‘Summer On You’, the latter christened Sam as a platinum-selling artist in his native Holland. Sam’s latest single, ‘What About The Love’ has already received over a million Spotify plays and is set to match up to the success of his previous releases.

Away from the charts, Sam has embarked on tours across Asia and America. The Dutch producer has played at coveted Ibiza residencies alongside Kygo, Klingande, and Bakermat. Sam has showcased his live performances at notable festivals including Ultra Miami, Coachella and Creamfields. He also hosted his ‘Heartfeldt & Friends’ party, the first pool party to grace Amsterdam Dance Event.