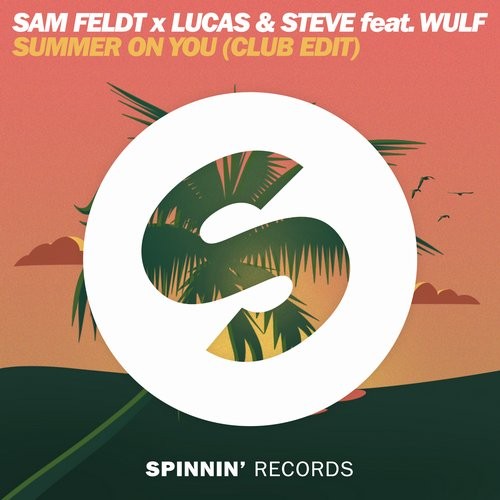 After the global release of the original mix on 10th June, Sam Feldt can now unveil the club edit of ‘Summer On You’ alongside Lucas & Steve – out now on Spinnin’ Records.

Since Sam’s signing to the prestigious Dutch label in 2014, his meteoric success has become immeasurable. With fans from across the globe playing a key part in the ‘Show Me Love’ hit makers 1 million downloads & 130million combined streams to date for for the release, as well as continued support across Hype Machine blogs – including near #1’s for Sam’s remixes of Sander Van Doorn & Firebeatz ‘Guitar Track’, I Am Oak ‘On Trees And Birds And Fire’, EDX’s Indian Summer Remix of ‘Show Me Love’, along with original releases such as ‘Show Me Love’ & ‘Drive You Home’ – Sam Feldt serves up a monumental anthem with the club edit of ‘Summer On You’.