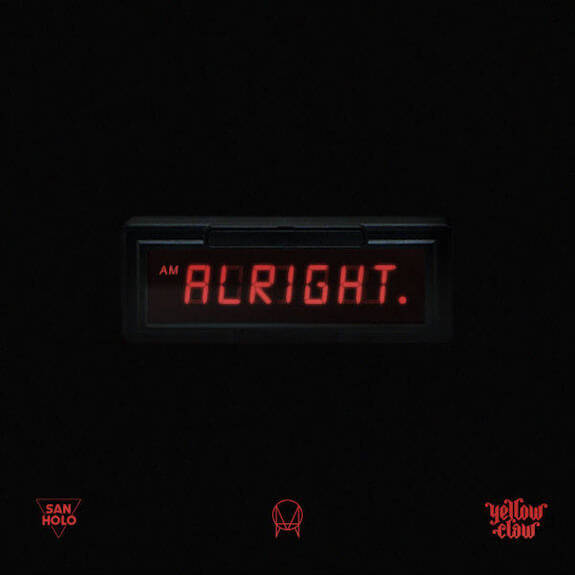 Following his huge releases on Spinnin’ and Monstercat last year, Dutch ‘Future Bass’ trailblazer, San Holo, is back with his first cut of 2016 – ‘Alright’.

A collaborative effort with fellow countrymen Yellow Claw, ‘Alright’ is out via OWSLA’s ‘World Wide Broadcast’ compilation on 29th January, but is available to stream exclusively now.

With his first release on Skrillex’s esteemed OWSLA imprint, a label that has fostered some of the greatest talents in bass music, San has not only asserted himself amongst dance music royalty, but also acquired an invaluable stamp of support from one of the biggest tastemakers in the industry. An eclectic mix of woozy synths, fidgety drum sequences, and Yellow Claw’s distorted vocals, ‘Alright’ is a relentless energy-driven composition that once again showcases San’s ability to create both original content as well as club-ready anthems. With harmonic breakdown segments, frenetic drops and an experimental outro, this is undoubtedly one of San’s most refined tracks to date.

Having just rounded off his tour of Australia and New Zealand, in which he brought his unique show to Falls Festivals, Chinese Laundry (Sydney), and The Met (Brisbane), and with his label, bitbird, now signing some of the most promising new names in electronic music, San Holo is certainly kicking off the new year on the highest of notes.