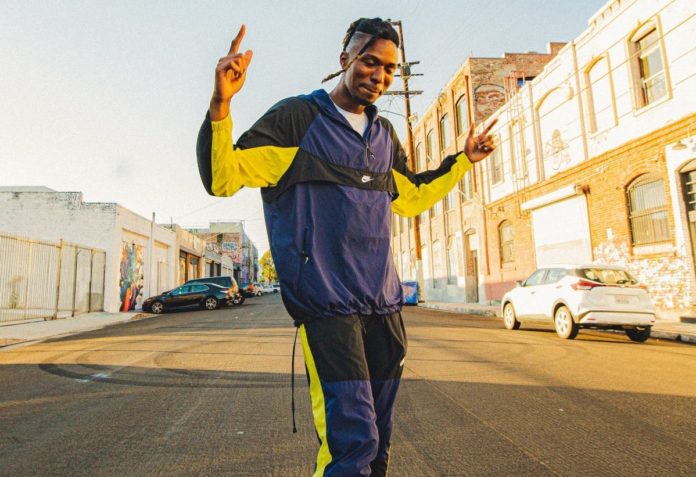 The hard-hitting track is sure to be a staple at music festivals later this year as SAYMYNAME gears up for a tour, multiple festival appearances, and the release of his much-anticipated EP.

For “Insane,” SAYMYNAME seamlessly blends hard electronic beats with crystal-clear vocals for a wonderfully chaotic listening experience that is sure to be a standout in the 2021 festival scene.

With the release of “Insane” SAYMYNAME has shown that he is more than ready to keep his creative momentum going well into 2021. Fans welcomed his first single of the year, “Chaos,” earlier this summer that gave the first glimpse into his forthcoming EP.

As “Insane” drops in late August, SAYMYNAME will continue gearing up for his Mayhem Tour in Fall 2021 with shows scheduled from mid-September to mid-October across the U.S.

Dayvid Lundie-Sherman is the artist known as SAYMYNAME. The Los Angeles-based DJ and music producer grew up surrounded by different styles of music that soon became his life’s passion.

While attending Chapman University, he was awarded an opportunity to perform at EDC Las Vegas, which helped SAYMYNAME establish his presence in the extremely competitive trap music scene.

Today, SAYMYNAME is considered by many to be the Godfather of HardTrap, a sub-genre of trap music, and has collaborated with some of the biggest names in dance music.

“Insane” is available to the public on all popular music streaming platforms via Ultra Music.