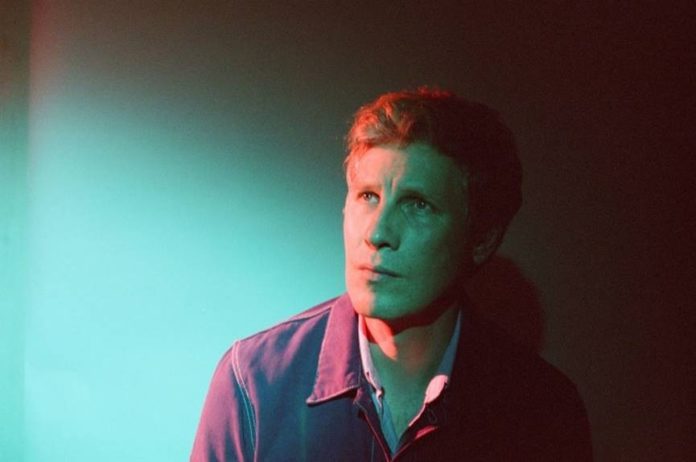 New Skin. It’s not just a title. It’s a state of mind, an accurate summation of the position in which Ivor Novello Award-winning songwriter Scott Matthews finds himself with the release of his seventh studio album on May 14th 2021.

The man who specialises in conveying the emotional complexities of love and loss in sparse, warm-hearted acoustic songs has shed another skin. Reborn in a new guise, circumstances have forced fundamental reinvention.

Covid-19 was the catalyst. A life-changing event that forced Matthews to reassess, he decided to scale a musical Everest, setting himself new challenges, digging deeper than before to find new ways to communicate through song. Unable to tour or collaborate with musicians, he had only his own head space in which to operate. And so, he created ‘New Skin’, a daring and audacious record swathed in Eno-esque electronica and Thom Yorke-centric uncovering that channels the driving energy of ‘80s Springsteen. Rock and ambient. Acoustic and electro. Matthews fuses insistent guitars and pulsing beats with the sort of angular, early ‘80s synths that Vince Clarke pioneered. It is bold and fearless, experimental, and compelling. ‘New Skin’ inhabits a rare terrain.

The first track to be unveiled from the album, the title track ‘New Skin’ picked up Radio X & BBC 6 Music Breakfast Show airplay plus support from a plethora of music blogs and sites, winning over critics and fans alike to Scott’s new sonic exploration, including legendary former Cocteau Twins member and Bella Union boss Simon Raymonde, who has subsequently invited Scott to perform at his next ‘Lost Horizons’ show later this year.

Second single from the album ‘Wait In The Car’ explores the human fear of nothing lasting forever, while portraying a euphoric energy that drives the listener into feeling they can break free. With its soaring synthesizers and ambient electric guitars resonant of the Cocteau Twins, the emotional resonance and driving energy of ‘Wait in the Car’, will inhabit a place in every soul as Matthews masterfully interlaces melancholy and euphoria.

The director of the ‘Wait In The Car’ video, Damien Hyde, unearthed the beautiful 8mm home movies filmed by Ellwood P. Hoffmann. They were masterfully shot and such a beautiful celebration of life. The portrayal of a life’s potential lost opportunities and the fleeting nature of our experiences informed the decision to play the movies backwards. In Damien’s words, ‘The home movies are, to me, a testament of bravery in the face of fear. This is an allegorical road movie. The tenderness and joy in some of these scenes is truly remarkable. Those fleeting moments of beauty captured, and replayed and repurposed decades later, are the by-products of endless rumination, doubt and vulnerability.’

It’s been 14 years since the release of Matthews’ stunning debut, ‘Passing Stranger’, a record that prompted tours with the Foo Fighters, Robert Plant and Rufus Wainwright and earned his Ivor Novello for the timeless ‘Elusive’. Since then, through the daring ‘Elsewhere’ and the immersive ‘What the Night Delivers’, through his affectionate ‘Home’ Part I & II song cycle and his thoughtful and elegiac ‘The Great Untold’, Matthews has refined his craft. Having mastered the art of the song, he’s given himself permission to take flight by making a record that will surprise and astonish, delight and mesmerise.

Yet for all his adventures in electronica, ‘New Skin’ is at heart a record of classy songs. Yes, the treatment is different. Yes, it will take listeners into a new space, just as it provided Matthews with new aural adventures. Yet above all, it’s a collection of songs written by one of our greatest craftsmen.