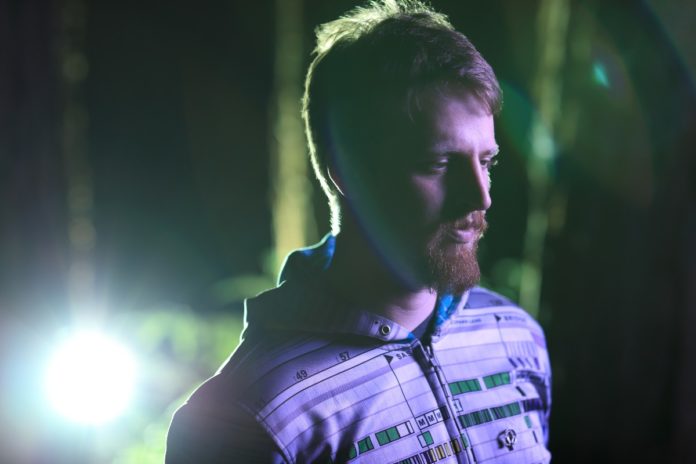 It’s been a little over a year since Benji Hannus first funneled the filthy frequencies from his Secret Recipe project onto the Bassrush Records catalog. Back at the beginning of 2020, he smashed out the cosmic chaos on “Where Are You,” alongside the young-gun Noizon, to help kick off the label’s maiden ‘Prophecy’ compilation, an album series that shares its predictions on which artists it believes are shaping the future. The forward-thinking producer from Oakland didn’t really have to prove his worth to begin with, given the groundwork he’s laid for the West Coast bass scene via his own output and that of the Wormhole Music Group artist collective he looks after. Nonetheless, Secret Recipe is ready to reinforce the prophetic claim bestowed upon him by the Bassrush crew with a full-fledged EP.

And seeing as how there’s always power in numbers, Hannus is running up with a joint release that finds him pooling his resources with the equally innovative minds behind the three-man outfit, Xotix. The self-proclaimed bass music boy band may seem like new kids on the block, but the years of shared experience between each of the members extends well past the trio’s nearly one-year lifetime.

“As soon as the Xotix guys sent me some potential collab ideas to choose from, I knew I wanted to make a whole EP with them,” says Secret Recipe. “I had previously released some of their music on Wormhole Music Group and was already a huge fan of theirs, and it seemed readily apparent that our workflows really clicked, and we just started cranking out bangers together from there.”

With both artists existing within the same plane of left-field bass, the flow of creativity came gushing out to manifest itself into three heady cuts that open up a portal into the perplexing mind dimension shared between these two groundbreaking forces. The titular offering eases in with a suspenseful intro that couples spiraling melodies with a sci-fi style narration pointing back to the fabled tale of Alice in Wonderland. Once the shift in reality is locked in place, the surreal journey leads into a labyrinth of nasty womps, fuzzy basslines, lysergic licks, unsettling atmospherics, and spurts of scampering synths that keep you trapped in this alternate universe.

In the middle of the package, the intensity hops up few notches on “Carnival.” Moving away from the slow trickle of strange felt on the previous offering, they up the tempo and fill in the gaps of negative space. From the onset of trap-infused percussion and warrior battle cries, it becomes abundantly clear a whole lot of wub debauchery is about to break loose. Chopped up vocal chants maintain a consistent presence in the upper register, while an undercurrent of frizzy pop riffs, slithering melody hooks, sliding high-pitched tones, and shuddering bottom-end create a sideshow attraction in which losing your sanity is the price of admission.

“Bass Kick” is the final chapter to unfold from their disorienting fairytale. Rapid-firing arpeggiations run rampant from the get-go, as modulating pulses pan and ripple through the ghostly atmosphere. A bellowing vocal loop lurches its way into the foreground, with the repeating words “let the bass kick” hinting at the impending ruckus. The request is eventually granted, and a succession of roaring bass comes flying in like an engine ripping down the open road. Once you think you have the flight pattern figured out, they take a detour into a new direction that’s least expected. The closing cut is an all-thrill and no-frill jaunt through Wonderland, before you’re flung back out into the default world.

“Honestly, this is our biggest release to date, and we’re just really excited to be working with people at this caliber in the industry,” says Xotix. “Bassrush is a legendary label and working with Insomniac has been a dream come true. We’re stoked to be able to share this EP with you all, and we’re super grateful for this opportunity.”

With Secret Recipe and Xotix pulling out all the stops on their ‘Rabbithole’ EP, the three-track package plays out like a peak through the looking glass into the freshest ideas found within the realm of left-field bass.