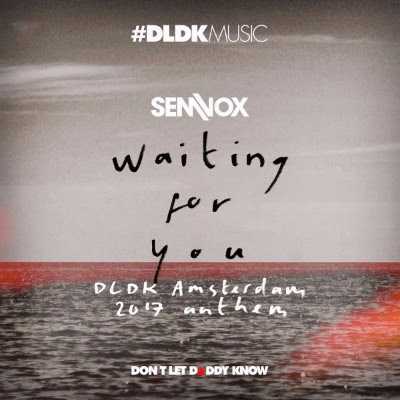 Merely two weeks after delivering the anthem for DLDK Thailand 2017 (‘Screaming And Dancing’), Sem Vox has released another massive tune.

‘Waiting For You’, which was put out today on #DLDKMUSIC, will serve as the anthem for Don’t Let Daddy Know Amsterdam 2017 as the EDM brand celebrates its fifth anniversary in the Ziggo Dome on March 3rd and March 4th.

Listen to Sem Vox – Waiting For You (DLDK Amsterdam 2017 Anthem)

Spotlighting Sem Vox’s ability to churn out sublime songs like a madman, ‘Waiting For You’ is the Dutchman’s fourth DLDK anthem in less than a year. Poised to bring the clubbers at DLDK Amsterdam 2017 a weekend that knows no equal, ‘Waiting For You’ guarantees fist-pumping for hours on end.

‘Identity’, one of Sem Vox’s previous singles, hit over a million streams on Spotify alone, whereas ‘Get It Up’, his anthem for Don’t Let Daddy Know Amsterdam 2016, already racked up 2,2 million plays on the streaming service. Moreover, his music has gained support from some of the biggest acts in the EDM scene, including Martin Garrix, Dimitri Vegas & Like Mike, Steve Angello, Dash Berlin, Julian Jordan, W&W, Blasterjaxx and Ummet Ozcan.

Don’t Let Daddy Know Amsterdam 2017 will hit the Ziggo Dome in the Dutch capital on March 3rd and March 4th. Its line-up is all that can be expected of such a massive celebration, consisting of electronic music juggernauts such as Blasterjaxx, DANNIC, Dimitri Vegas & Like Mike, Nicky Romero, Showtek, Tiësto, W&W and of course Sem Vox himself.