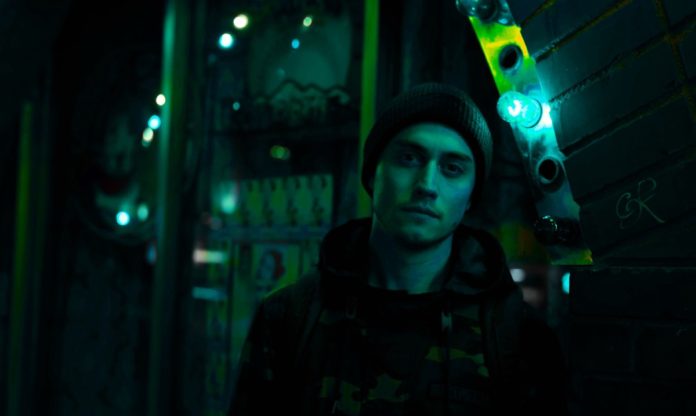 SHDWS strolls into the space with his sophomore single on Wax Motif’s Divided Souls imprint, “Kontrol,” a sultry house record that enlists the help of Avacar.

One of the hottest bassline exports coming out of the Bay Area is a fast-rising producer operating under the guise of SHDWS. Despite having a name that calls to mind images of someone silently evading detection, only the opposite could be said about the in-demand house producer. He’s been making his name a focal point within the last couple of years, coming into his own as an artist with eyes locked onto his every move. Even the Divided Souls label-head Wax Motif has taken notice—which should be a given, considering the label pushed out SHDWS’ beguiling stomper “Vixen” at the tail-end of 2020. But now, he’s ready to make a second outing via a fresh tune that blew the competition out of the water during one of Wax’s friendly online producer competition streams hosted on Twitch. The musical idea he was tinkering with during the live broadcast managed to win over the approval from guest judge Chris Lorenzo, and inevitably paved the way for it to crystallize into an official follow-up on the Divided Souls catalog.

“I saw that Chris Lorenzo was going to be the guest judge on Wax’s Bassline Boss competition, so I knew I had to enter and come in with some heat,” says SHDWS. “After the 3-hour production battle, I had a decent portion of this track built out and ended up winning the competition. Fast forward a few months and ‘Kontrol’ is dropping on Wax’s label Divided Souls! Big thanks to Wax, Chris, and the Twitch gang for the support.”

‘Kontrol’ is a slight change of pace from the dark and growling bass house bits we’ve come to expect from the menacing SHDWS, but it in no way falls beneath the bar. Across it’s playful nearly four-minute run, he flirts with a strutting groove and stuttering vox-turned-synth hook that highlights his strength at making minimal-minded music that doesn’t skimp on the originality. Even the vocal work—employed by the emerging singer/producer Avacar—calls back to his stripped-down sensibilities, as sassy vocals loops candidly tell it like it is: “Keep it simple, stupid.” These words of wisdom ring true throughout the streamy house jam—and for what it’s worth, SHDWS has taken his own advice to construct a single that reinforces the notion that simplicity can oftentimes outshine the overcomplicated.