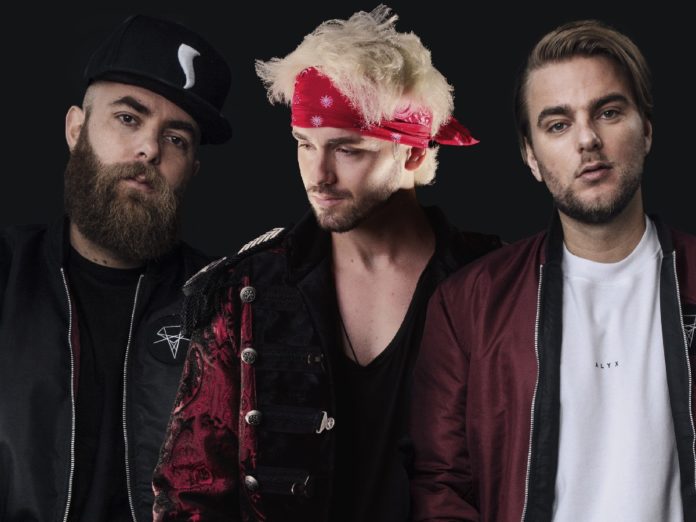 Dutch duo Showtek returns to their signature sound and teams up with American producer Sevenn for their new single “Pum Pum,” a party-ready house bomb that fuses both artists’ unique musical styles.

Opening with a driving, bouncy bassline, the track amps it up with a chopped-up vocal drop that will make your feet want to move. With most of the fans currently being under lockdown, Showtek and Sevenn present their listeners “Pum Pum” to satisfy their festival and club cravings. The new release follows Showtek’s “Someone Like Me” on Universal Music, “Show Some Love” with sonofsteve, released on Skink, and Sevenn’s first release of 2021 “Sex on Fire.” Both Showtek and Sevenn have been hard at work in the studio during the pandemic, so keep an eye out for more new music from each of these talented artists coming soon!

“The original idea for ‘Pum Pum’ was created on our Stereosonic tour in Australia, during a studio session in Melbourne, together with singer/songwriter Sonny Wilson and GC. We have worked on a few ideas for a while, but eventually, it all came together when we collaborated with Sevenn. You can really hear the mixture between our music style and the style of Sevenn. We are very happy how this song came together and are excited about its release. The gimmick of the song, the chopped-up vocal drop, is ideal for the clubs and festivals and will satisfy our fans who can’t wait to go out and party with us again.” – Showtek.

“With lockdown in full throttle, I have been non-stop in studios recording and producing new exciting sounds, expanding musical horizons, and challenging the musical world as we know it. 2021’s second release “Pum Pum” with the legends Showtek has proven to be one of the most exciting new releases for me.” – Sevenn.

Brothers Wouter and Sjoerd Janssen – better known together as Showtek – have made a name for themselves in the international dance scene with their high-energy, beat-driven style that has produced many a festival anthem. Their initial success in the hardstyle realm with tracks like “FTS” made them a household name, and they have continued to develop and evolve their style into the dynamic, genre-crossing sound we know and love today. Their hits such as “Believer” with Major Lazer (which is certiﬁed Gold), “Booyah” or “Bad” with David Guetta, their single “We Like To Party,” and their cover of Moby’s “Natural Blues” have become dance classics heard around the world. The brothers lead their label Skink, which has releases from the likes of Henry Fong, Gammer, Sidney Samson, MAKJ, and more. Showtek has proven again that they are nowhere near being ﬁnished their musical journey, and we can’t wait to see what they come up with next!

Kevin Brauer has exploded into the international electronic music stage as Sevenn. In his repertory he has four global hits: “Colors Of The Rainbow” produced in collaboration with Kathy, and successful releases such as “BYOB” and “The Wall,” produced with Alok, which reached over 50 million streams. Sevenn’s massive collaboration with Tïesto “BOOM” debuted on Ultra Music Festival Miami in 2017. The single’s 2018’s version with Gucci Mane on the vocals had peaked #14 on Billboard’s Hot Dance/Electronic charts amassing over 120 million streams on Spotify. Sevenn played at some of the world’s most celebrated festivals, such as Tomorrowland, Lollapalooza, and Creamfields.