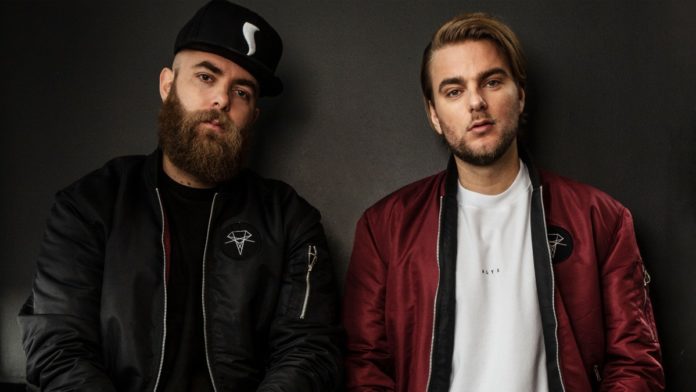 Dutch duo Showtek brings a message of hope to the current tumultuous global landscape with their new track “Show Some Love” ft. sonofsteve, out now on their label Skink.

Opening with a classic progressive buildup, Showtek quickly proves their ability to step outside of the genre by incorporating a deep, funky bassline and organic instrumental melodies to the track’s soulful vocals. With lyrics like “if there is just one word that will always win, no matter where you’re from, the colour of your skin,” the duo uses their music to spread a message of inclusivity, positivity, and love that has always been at the heart of dance music culture – and the world needs it now more than ever. True to Showtek’s dynamic style, “Show Some Love” is an emotional vocal dance track that also resonates on the dance ﬂoor. Read on for the inspiration behind the new single:

“With this song, we’re continuing to spread a positive message through our music, that hopefully brings people together in a time of divide. This year has been turbulent for everybody. Not only because of the pandemic, but also because of the systemic racism that has ﬁnally been brought to light. We felt it was time to spread some love and give the people something positive to listen to. We want our fans to know that we love them no matter what skin colour, religion, sexuality or gender. We believe in a world where everybody is treated equally and where you can live together in our diﬀerences, that’s what makes us all beautiful.”

Brothers Wouter and Sjoerd Janssen – better known together as Showtek – have made a name for themselves in the international dance scene with their high-energy, beat-driven style that has produced many a festival anthem. Their initial success in the hardstyle realm with tracks like “FTS” made them a household name, and they have continued to develop and evolve their style into the dynamic, genre-crossing sound we know and love today. Their hits such as “Believer” with Major Lazer (which is certiﬁed Gold), “Booyah” or “Bad” with David Guetta, their single “We Like To Party,” and their cover of Moby’s “Natural Blues” have become dance classics heard around the world. The brothers lead their label Skink, which has releases from the likes of Henry Fong, Gammer, Sidney Samson, MAKJ, and more. Showtek has proven again that they are nowhere near being ﬁnished their musical journey, and we can’t wait to see what they come up with next!