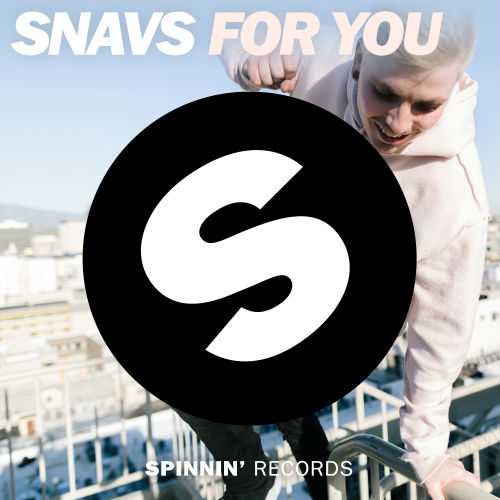 Danish trap mastermind Snavs is making a huge return to the floor with his new single ‘For You’. The first track under his freshly signed deal with Spinnin’ Records, it marks another milestone in the artist’s career, scoring major DJ feedback already, officially out now.

Snavs is a Copenhagen-based producer and DJ-artist who creates a forward-thinking, uncompromising and interesting combination of trap and future bass, that allows him to be extremely dynamic and diverse in his sound design.

The first quake from Snavs was the release of his debut EP ‘808%’ in April 2013, uploading it on Soundcloud as a free download and then it took off. By now, his music has been streamed +50 million times on all platforms and counting +600.000 downloads. Meanwhile the young trap producer and DJ-artist from Denmark has played sold out shows in Australia, Europe and US. His tracks have received support from the likes of Diplo, DJ Snake, Martin Garrix, Major Lazer, The Chainsmokers, Tiësto and many more.

Recently, Snavs signed an exclusive deal with Spinnin’ Records and turned into the first trap artist from Denmark to break international soil. With this fresh deal under his belt, he now delivers his new single ‘For You’, a rollercoaster ride of a track that underlines what Snavs is about – a combination of cool kicks, melodic and heavy drops.

“After a festival show in August 2015 I had this idea to make a future bass track in a fast bpm, so did this quick demo called “98bpm id”, but didn’t do anything with it until last summer when I found the demo in my iTunes and had the same inspiration as when I started it, so I decided to finish it.

The track is really inspired by the summer, both when I started and finished it, and that brings the more happy vibes to the track. The track is great live cause it mixes up the more harder and darker stuff, keeping my live sets dynamic and making the crowd vibe and bump their head for a while before the next moshpit.” – Snavs