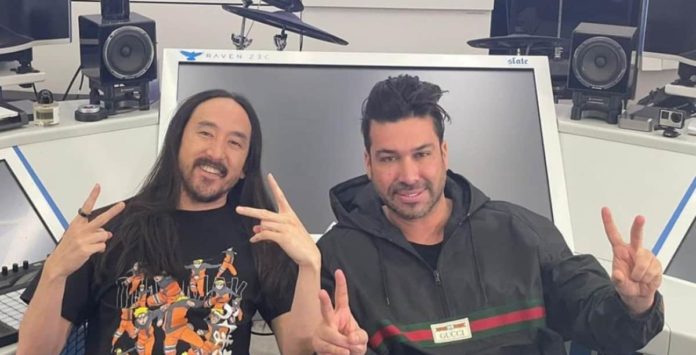 2x-Grammy-nominated artist Steve Aoki has teamed up with GATTÜSO and Aukoustics to create a modern re-imagination of R.E.M’s “Losing My Religion,” featuring MKLA.

MLKA’s euphonic vocals glide over the animated beat, as she sings the instantly recognizable lyrics. With a driving beat and energetic dance floor drops, the group fashions the ideal summer anthem.

While this marks the first joint single between these artists, Aoki previously called upon GATTÜSO to remix his Sting and SHAED collaboration “2 In A Million,” as well as his single “Popcorn” with Ummet Ozcan and Dzeko. Seeking a fresh collaboration, Aoki invited GATTÜSO to his Las Vegas studio to workshop some songs.

Steve heard GATTÜSO’s “Losing My Religion” demo, loved it and immediately went into the studio to rework it with his signature Aoki sound.

“Losing My Religion is my favorite of all R.E.M. songs, and I loved them growing up as a kid,” Steve Aoki shares. “It was time to bring it back and make a 2021 version for the dance-floor that people wouldn’t expect. We flipped it and made it special.”

GATTÜSO adds, “Steve had a clear vision for how it would need to be sculpted and I learned a lot in the process. It’s great to see this plan come together after a lot of work, and I’m excited for everyone to hear it.”

On July 9, Salt Lake City-based fans will get to hear Aoki and GATTÜSO perform the song together in-concert for the first time ever at SLC Live.