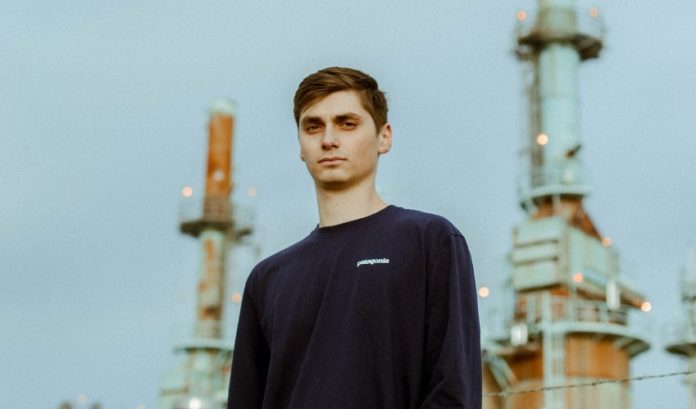 Having built a reputation for leading the charge in the hybrid bass space, STUCA has etched his name at the top of everyone’s watch list. The San Diego native has spent the last couple of years quickly transitioning from a low-key artist flying under the radar to becoming a veritable battering ram slamming through the scene with a relentless force. His heavy-duty productions carry an industrial weight to them, with gritty distortion and crude characteristics serving as somewhat of a calling card for his signature blend of bottom-end. As someone who is practically crashing through the ceiling at a downright dangerous velocity, the title of his debut single on NGHTMRE and SLANDER’s estimable label seems far too fitting.

“Bust Thru” is a pulverizing creation of the highest order. An eerie melody line slowly comes into play in a circular fashion, rising from the horizon like smoke signaling the impending arrival of fire. As the sharp percussive hits and reverberating pads quickly start connecting, a gravelly voice calls out as the harbinger of havoc. The ground shifts with a tectonic force, as STUCA strikes in full force with a lethal combination of guttural low-end, a slow churn of pummeling synth riffs, chopped-up vox, ominous tones, complex drum patterns, and heaps of distortion washing over the whole affair. At the midway point, a quick 808-led bridge provides a quick break from the metallic grind—but it doesn’t last long. Sure enough, a second cycle barges in with a clangorous call-and-response section that keeps the pressure locked until the outro leaves you picking up the pieces once all is said and done.

“I think ‘Bust Thru’ is one of the most complete tracks I’ve made so far,” says STUCA. “I wanted to make an exciting intro/buildup that really captivates the listener before entering the drop, creating an immersive experience.”

It’s been nothing but an upwards trajectory for STUCA since he hit the ground running with his breakthrough joint “Split” on Jadū Dala in 2018. Without letting up, the SoCal producer has continued to steamroll through the bass scene with a string of hybrid heaters that has allowed him to rub shoulders with labels from the likes of Wakaan, Subsidia, and Never Say Die’s offshoot NSD: Black Label, the latter of which he recently placed his four-track ‘Powerhouse’ EP. Gud Vibrations is next in line to let his nonstop innovation shine, and “Bust Thru” feels like the point of no return for the don of distortion.