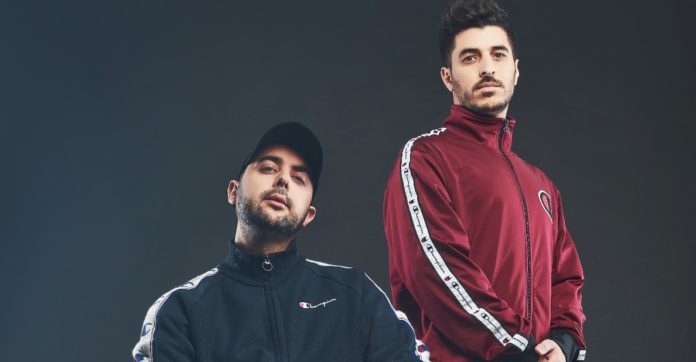 Teamworx asks you to put your money where your mouth is with their new track “Actions,” with Paul Aiden.

In the same vein as last month’s “Run,” the Israeli duo showcases a deep progressive sound that highlights the darker side of their dynamic style. Opening with catchy vocals instructing the listener to “stop talking and just do it,” “Actions” wastes no time getting down with a groovy, tech-influenced beat and progressive melodies that would feel right at home on any dance floor. Aiden’s soulful vocals add the perfect compliment to turn up the heat on this gem of a track, which marks Teamworx’s 16th release on Protocol Recordings. This talented duo is never the one to rest on their laurels, so stay tuned for more new releases coming very soon as they continue to explore the limits of their sonic landscape.

Founded by Nicky Romero, Protocol Recordings is one of the leading imprints for innovative electronic dance music; it boasts a roster of heavy-hitters complemented with immensely talented up-and-comers, all with a diverse range of sounds that are guaranteed to light up a dance floor. Israeli exports and label veterans Teamworx first exploded onto the scene with Corey James and their track “Make The Crowd Go,” which received massive support from industry heavyweights such as Steve Angello. They’ve collaborated with Nicky Romero himself on “Champion Sound” and “Deep Dark Jungle,” as well as made remixes for Romero’s tracks “Only For Your Love” and “Ring the Alarm.” In 2018, they played at EDC China as well as Protocol’s showcase at ADE, followed by a performance at Ultra Korea. Stay tuned for how Teamworx and the rest of the Protocol crew continue 2021 with more new music!