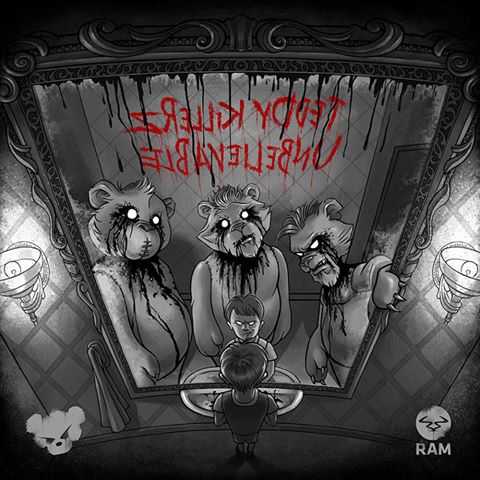 Teddy Killerz have dominated the underground scene for quite some time now, throwing hit after hit since their climatic signing to Ram Records.

After locking themselves in exclusively to the imprint, they’ve released a plethora of releases and played on some of the globe’s biggest dance music stages. Whether it’s debuting their music at Las Vegas’ EDC, or on the European club circuit, they’ve showcased new music spectacularly and expanded their fan base in each of the world’s corners. Transatlantic or in cross continental, the trio have delivered time and time again, both behind the decks and in the studio.

And the news is finally here, that they’ll release their debut album on the Ram imprint. Never compromising quality for bite, this LP is everything you’d expect from a Teddy Killerz record. The artwork also epitomises what they’re about, and the Nightmare Street LP brings you into their cartoonish world.

The first single to come from this album is Unbelievable. It’s a no holds barred monster, one which snaps on every break. Reeling forward on creeping atmospherics, crunching snare pushes you into all out anarchy, snapping at your heels yet keeping a cool complexity. Featuring a weighty composition, Teddy Killerz are back, pulling down the throttle and engineering a sound which is inherently theirs.

This is your first glimpse into what they have in store for 2017. And if this is anything to go by, Nightmare Street will ruminate across the drum & bass hemisphere for years to come.