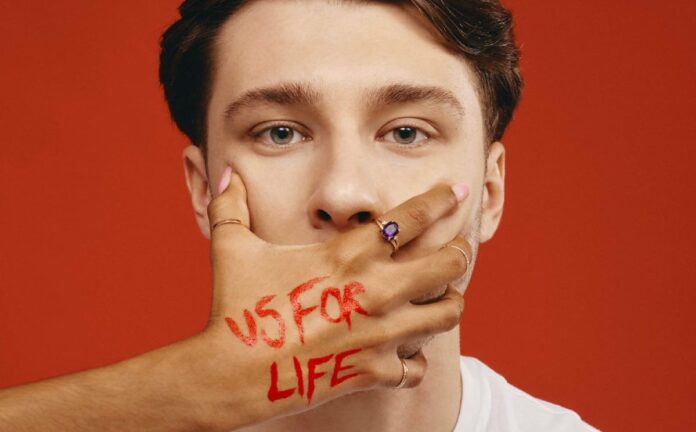 Today, Sheffield based artist and producer TeeDee has joined forces with vocalist, writer and producer Raphaella to release their new single ‘Us For Life’.

]Combining deep house tones with 90s production, ‘Us For Life’ is an infectious club ready floor filler that is topped by Raphaella’s soaring vocals.

Since bursting onto the scene last year with his infectious single ‘Love Me’, TeeDee has quickly risen to the forefront of bassline. He’s recently collaborated with some of the biggest names on the scene including Silky, RM and J Fado which has seen him rack up millions of streams, and deliver official remixes for the likes of Hazey, Mr Eazi, Rude Kid and Jaykae. Not stopping there, his recent bootleg remix of Dave’s “Verdansk” vs Secondcity’s “I Wanna Feel” reached #1 on Soundcloud. Off the back of early releases, Teedee has garnered support from key tastemakers at press and radio including support from Complex, GRM Daily and Capital Dance.

Following a festival appearance at Bassfest, Sheffield and support tours with both Silky and Nathan Dawe earlier this year, TeeDee will be embarking on his own headline UK tour. Across September, October and November, TeeDee will perform across Brighton, Birmingham, Nottingham, Kingston and more. Tickets are on sale HERE.

Trailblazing UK vocalist, writer and producer Raphaella has also been making waves throughout the scene. She previously collaborated on Rudimental’s album ‘Last Time’ which reached No 5 in the charts, and vocal produced Little Mix’s ‘Confetti’ album which included collaborations with David Guetta, Galantis, Anne-Marie and Saweetie. She also wrote, featured and vocal produced on the Silver selling ‘One Night’ with MK & Sonny Fodera and has had further releases with Gorgon City, Secondcity, Petit Biscuit, Steel Banglez & MIST amongst others.

‘Us For Life’ is out now and sees Teedee and Raphaella drop one of the biggest house bangers of 2022.