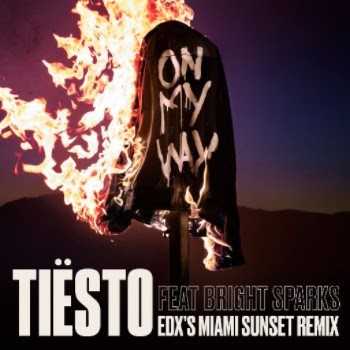 Grammy Award-winning dance music legend Tiësto has dropped his Miami Sunset remix of “On My Way” by Swiss DJ/producer, EDX.

This is the first release from Tiësto’s much-awaited remix collection of “On My Way,” with several more remixes scheduled for a release as the weeks progress.

“On My Way” was released earlier this year and is Tiesto’s first official single of 2017. The artwork makes use of flame imagery to suggest a cycle of rebirth and reinvention that is supposed to inspire people for the new year.
Coupled with the track’s melodic elements and lyrical content which urges people to follow their dreams, the release is supposed to be an inspirational track that will also serve as a dance anthem.

There is lots more to come from Tiësto as well. In addition to releasing more remixes for ‘On My Way,’ Tiësto has promised a special announcement next week ahead of his headlining date at Ultra Music Festival on March 25th.