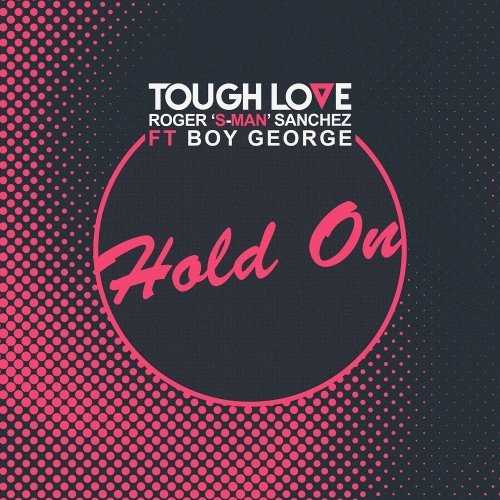 Tough Love join forces with two of the biggest names in house and pop music, Roger ‘S-Man’ Sanchez and Boy George, on the brilliant ‘Hold On’, released on Get Twisted Records.

‘Hold On’ showcases the deep house and bass-infused beats that Roger Sanchez, in his S-Man guise, and Tough Love are renowned for. Boy George’s hypnotic vocal compliments this sound perfectly to give ‘Hold On’ its sexy, after-hours vibe.

London based duo Tough Love have rapidly risen through the ranks of the house scene over the past five years. Their distinctive productions, together with energetic and bass-heavy DJ sets, have created a cult following of fans across the UK and beyond. In 2014, Tough Love won ‘Best Single’ at the Bass Music Awards for ‘Lonely Highway’ and in 2015 scored two UK Top 40 hits, for ‘Pony’ and ‘So Freakin’ Tight’, and five club chart number 1’s. Their signature sound is in demand remixing for the likes of Jamiroquai, Chase & Status, Jess Glynne and many more.

‘Hold On’ follows a fantastic couple of years for Roger Sanchez, which saw the return of his S-Man alter ego in 2014 and scoring a massive hit with ‘Remember Me’ (featuring Stealth). He also released two hit records on Get Twisted Records – another collaboration with Tough Love on ‘In The Name Of Love’ and the co-production with Sandy Rivera on ‘Can’t Get Over You’, released earlier in 2016. A true hero of house music, Roger Sanchez has remixed some of the biggest names in music, including Michael Jackson, Diana Ross and The Police, and won a Grammy in 2003 for Best Remixed Recording for his work on No Doubt’s ‘Hella Good’.

A British singer and songwriter, Boy George is universally recognised as one of the music scene’s most iconic artists and was recently presented with the Ivor Novello lifetime achievement award for his contribution to the music industry. Attracting high praise from variety of publications that include Rolling Stone and MTV, to date the Grammy award-winning George has sold over 100 million singles and in excess of 50 million albums as a performer and songwriter with super group Culture Club and as a solo artist in his own right.