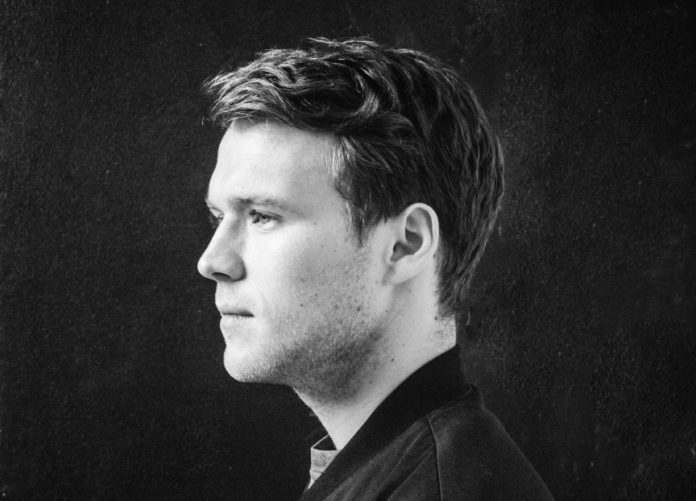 UK’s GRAMMY winner Tourist, the moniker of William Phillips, announces his debut album U for a May 6th worldwide release and shares his second track “Run” with Zane Lowe on Beats 1 today, you can hear/share it HERE.

Signed by Jacob Robinson and LT Griffiths. Each vinyl contains a 24×36” original art print of the album artwork.

Zane Lowe praised Tourist’s single: “Undoubtedly one of the best pieces of music from 2016 so far….” and William Phillips explained the new track: “”Run” is a song about falling in love”.

After releasing multiple EPs, Tourist has written the debut album over a few years and it follows a clear path with titles such as “To Have You Back”, “My Love (Interlude)”, “Too Late”, “Separate Ways” and “For Sarah” reading like a poem in itself.

Tourist explains the album further: “This is an album that reflects on a relationship I had with someone. I called it “U” as the word “You” looks a bit accusatory, and the tone of this album certainly isn’t bitter, “U” is a shape that is balanced but also incomplete, I thought it was a nice visual metaphor for a failed relationship.

I wouldn’t describe this record as mournful or sorrow filled, merely a reflection on my first relationship. I’ve always recorded a lot of my life through my phone, whilst writing the album I found a huge number of recordings that I had made whilst being in that relationship, so my ex’s voice is all over this record. Also the sounds of the places we lived and visited together form prominent backdrops to the music.

I don’t know how to describe it sonically, it’s not really body music, it’s just a story told through different tempos and sounds. I’m not channelling any specific scene or sound, just my thoughts and feelings. I don’t really understand the term “electronic music” but I suppose if pressed I’d call it that.

I have zero interest in beats and scenes, I’m much more interested in stories. I feel as though this is the biggest lesson I learnt whilst writing this album, that I don’t write music to express myself but to enrich myself. It wasn’t until finishing this album that I could truly feel at peace with that chapter in my life.”

Last year was a stellar one for Tourist, he performed at Coachella and Pitchfork Festival in France, toured through Europe and North America, made mixes for BBC1’s Diplo & Friends and i-D Magazine, received critical acclaim from outlets like Pitchfork, FADER etc and won the GRAMMY “Song of The Year” as co-writer of Sam Smith’s “Stay With Me”.