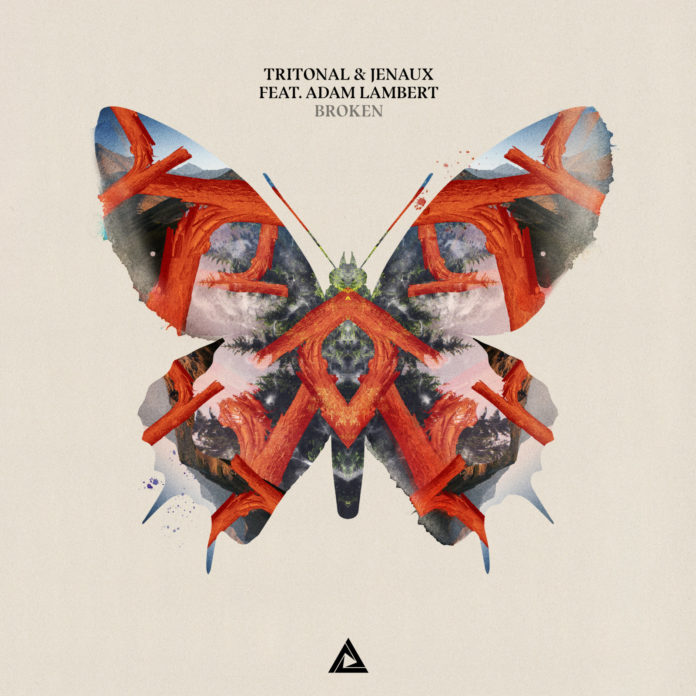 This new single comes out today – the same day that Tritonal’s new full-length album Painting with Dreams is available for pre-order on vinyl, CD, and iTunes. Head here to pre-order now.

Adam Lambert has sold over 8 million records worldwide. Grammy and CMT nominated Lambert’s side by side career as Queen’s lead singer has seen him tour the world with the legendary British band, selling out arenas and stadiums, garnering rave reviews wherever they have performed. Next month, Queen + Adam Lambert will be touring Asia. Also in the fall, he will be on TVs weekly as a judge on X Factor Australia. In October, Adam will make a special appearance in Fox’s ‘Rocky Horror Picture Show’ re-imagine in the role of Eddie. Later this year, he will begin recording the follow-up to his Billboard (US) and Worldwide Chart Top 3 album, “The Original High”.

Boasting five Top 10 Billboard Dance singles in the past 2 years ‘Tritonal’, who are the production duo of Chad Cisneros and Dave Reed, have reaffirmed themselves as two of electronic music’s most dynamic producers. With a bevy of singles including “Getaway,” “This Is Love,” “Blackout” and collaborations such as “Untouchable” with Cash Cash and “Until You Were Gone” with The Chainsmokers, Tritonal have racked up just short of 100m streams via Spotify alone in the past 12 months. This fall, Tritonal will release their highly anticipated full-length album Painting with Dreams, in addition to embarking on an accompanying North American tour, taking the duo across cities including Los Angeles, Las Vegas, New York, Toronto and more.

featured Akshay Bhanawat - October 7, 2022 0
1605 is the revered label of Solvenian techno pioneer UMEK who has long been at the height of his powers, continuing to demand top...

EDM News Akshay Bhanawat - October 7, 2022 0
The game-changing 808 Festival is back for its biggest and best edition yet from 9 - 11 December 2022. ...
ABOUT US
What started as an interest, slowly turned into a passion, and before we knew it, we had curated and founded a thriving community of avid electronic dance music lovers.
FOLLOW US
© Copyright 2022 - T.H.E Music Essentials