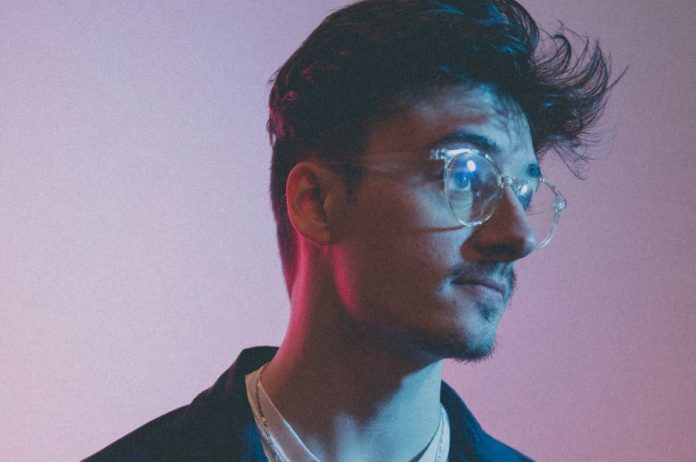 Harvey Carter is Tutara Peak. The UK producer, songwriter, and creator returns at the heels of a breakout year with his first single of 2022.

In just two short years, Tutara Peak has quickly become one of the most exciting left-field producers to watch. Distilling the sounds of experimental electronic music with organic instrumentals and atmospheric touches, Tutara Peak is a multi-dimensional project rooted in exploration.

He teased the launch of the project in early 2020 with his mission-driven single “Daydream” composed alongside Aether, Lilia, Zes, and Grand Pavillion. The track was celebrated track was released in support of The UN Refugee Agency and went on to garner upwards of 900,000 streams on Spotify alone.

The official launch of Tutara Peak arrived in 2021 by the way of “Raining Teeth” with Little Snake via Flying Lotus’ lauded record label Brainfeeder. That same year, Tutara Peak unveiled his debut EP Tansuri featuring Lou Rhodes of Lamb and frequent collaborator Zes. The blossoming artist closed out the breakthrough year by debuting his immersive live set across two sold-out shows in London as direct support for Zola Blood and Hybrid.

His magnetic musical prowess both in the studio and on-stage has led to critical acclaim from a wide range of tastemakers like Impose Magazine, XS Noise, Future Music Magazine, Mr.SuicideSheep, TheSoundYouNeed, alongside radio support from BBC Radio 1’s Chillest Show, BBC Radio 6, Selector Radio with Jamz Supernova, and more. Outside of the media’s growing interest in Tutara Peak, his musical agility and cinematic bravado have seen his compositions used during the promotional ad launch of the OnePlus 10 Pro.

Speaking on the track and other upcoming releases Tutara Peak says,“Colour & Pattern, is a glimpse into my future works; a representation of what’s to come. Using more colourful sounds than my previous releases, I wanted this to give my audience a good indication of one particular route I’m taking with my sound. The song started when I was gifted a steel tongue drum by a good friend. I was immediately inspired to try it out so I started to record and arrange a few layers which the track started to take shape from. I believe the fact that I started with a personally unfamiliar instrument put me in a headspace to use more alternative instrumentation and I often compare this to a painter using more of the paints they don’t often touch or mix. This also ties into the song title, having used more colourful sounds and structuring them around interlocking cyclical patterns.”