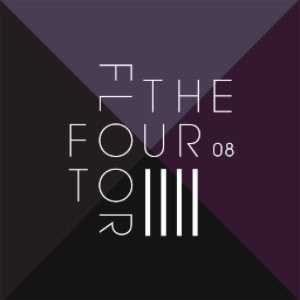 Respected label Diynamic have just released the eighth edition of its popular ‘Four to the Floor’ series.

Their aim for the series is to champion four productions that have been handpicked, road-tested and approved by label-boss Solomun. The ‘Four to the Floor’ EP series is comprised of four different dancefloor-orientated tracks from different producers, from upcoming talents to long-established electronic music artists.

First up is ‘Zulu’ from Buenos Aires duo Brigado Crew and Argentinian producer Crisstiano. Drawing from their South American roots, ‘Zulu’ is a percussive track that achieves a uniquely laidback, and yet exotic feel to it, thanks to its reverberating vocal samples.

Picking up the pace, German duo Adana Twins’ ‘Uncompromising’ features a strong, driving bassline and powerful, clattering synths, building up in waves that pave the way for some seriously dramatic drops.

Next up is Ukrainian duo ARTBAT & French producer Rafael Cerato with ‘Uplift’, a track that takes its time to build up the ambience, using flittering synths before it plunders hard into a heft low end.

Rounding off the latest edition of ‘Four to the Floor’ is the atmospheric ‘Pretend To Fly’ from Definition. The 7-minute journey features wistful male vocals and distinctive arpeggios leading into the rich basslines characteristic of the Diynamic sound. With a relatively short career span, Definition has already had a slew of releases on Materialism and Underground Audio allowing his support to grow.

Listen on Spotify
Buy on Beatport

Listen To All Remixes Of Nicky Romero, MARF And Wulf’s “Okay” From Stadiumx, Toby Romeo, And Afrojack