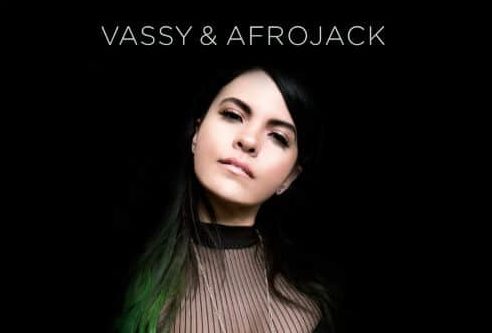 After various reputable link-ups with dance music’s finest, Australia’s VASSY has found her next partners in crime to conquer the music world with.

Released by Armada Music, her new single ‘LOST’ is made in collaboration with Dutch star Afrojack and Amsterdam-based producer Oliver Rosa, and may just require all three to clear some space in their respective trophy rooms.

A titanic team-up, brilliant composition and potential chart-breaker in one, ‘LOST’ traverses the pop and dance music realms while remaining emotive and progressive at its core. Catching fire through the warmth of VASSY’s eruptive vocals only to see its burning flames kindled by its infectious piano chord stabs and well-crafted builds, ‘LOST’ proves a song the whole world could lose itself in.

Having earned her stripes through some of the most prized collaborations in dance music history, VASSY’s vocals and songwriting craftsmanship seem to be instant hit material. When last year’s ‘Nothing To Lose’ hit #1 in Billboard’s Dance Club Charts and on U.S. Dance Radio, her single ‘Secrets’ (with Tiësto & KSHMR) had already sold six times platinum, won her an IDMA for ‘Best Electro House Record’ in 2016 and topped off the charts (#1) in 24 countries. ‘Bad’, her anthem with David Guetta & Showtek, racked up more than a billion streams and two million downloads, becoming a global hit in over twenty countries, selling seven times double platinum and winning her an IDMA for ‘Best Electronic Vocalist’ in 2015.

Afrojack is one of the most sought-after producers and DJs today and has a peerless reputation. Born Nick van de Wall, the Dutch electronic music phenomenon collaborated with the likes of David Guetta, Steve Aoki, Diplo, Pitbull and The Black Eyes Peas, won a Grammy for his (and David Guetta’s) remix of Madonna’s ‘Revolver’ and rocks stages everywhere from Ibiza’s finest venues to globally acclaimed festivals such as Coachella, Electric Daisy Carnival, Tomorrowland Belgium and Ultra Music Festival Miami. Now fresh from hitting #1 on U.S. Dance radio with ‘Another Life’ (with David Guetta) and gaining lots of airplay with RnB/Hip-hop cross-over ‘No Tomorrow’ (feat. OT Genesis & Belly), Afrojack shows that putting VASSY, himself and Oliver Rosa together in a studio proves the secret formula to one of the most monumental smash singles of 2017.