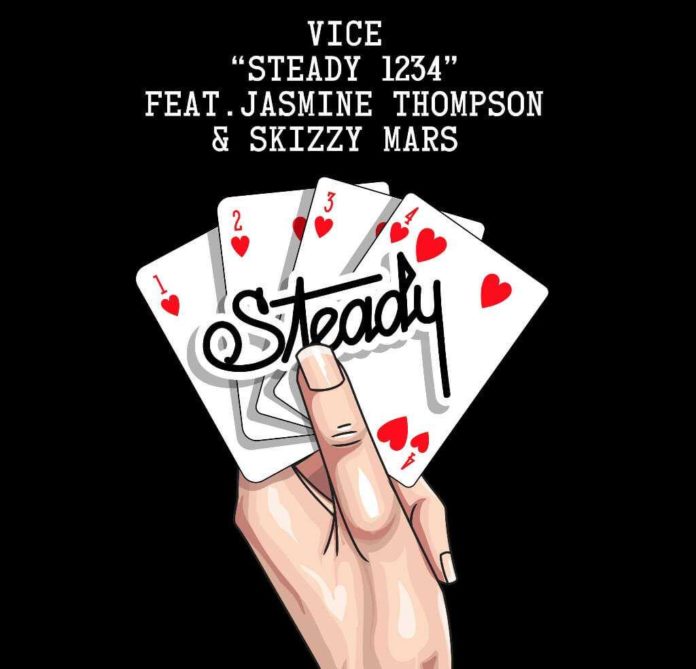 Known for his infectious genre-bending sound, VICE’s ‘Steady 1234’ takes a route with a slow-paced groove matched with trap-like beats, whilst Jasmine Thompson’s enchanting vocals pair with the smooth rap styles of Skizzy Mars.

Topping his previous release ‘World Is Our Playground’, ‘Steady 1234’ is currently most played track on Spotify amassing over an incredible 11.5 million streams and the total of plays continue to rapidly increase. Constantly proving his diverse production skills, there is no stopping the LA DJ/producer as he releases hit after hit. Currentlyresidencies in Las Vegas, New York and Miami,spearheaded official remixes for Linkin Park and Rihanna. exciting times for the prolific DJ.

Launching herself on YouTube – Jasmine’s channel boasts over 2.5 million subscribers which gained the attention of a long list DJ’s and producers including Robin Schulz, appearing on his summery single ‘Sun Goes Down’, and Felix Jaehn – lending her vocals to the Top 10 hit ‘Ain’t Nobody (Loves Me Better)’. Elsewhere, Skizzy Mars has turned heads with his eclectic, alternative rap and prolific collaborations with the likes of JoJo and G-Eazy.