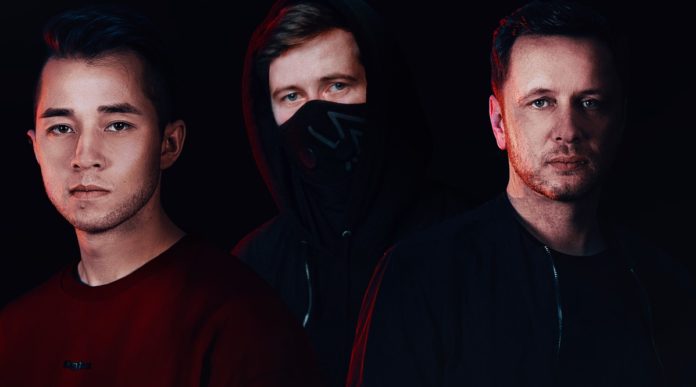 A year full of turbulent events lays behind us, as producers and DJs VIZE (“Close Your Eyes”, “Never Let Me Down”) and Alan Walker (“Faded”, “Alone”) release their new song “Space Melody”.

The song is an audible electronic and futuristic journey through space & time with vocals by German singer Leony that features a well-known melody originally created by Russian film composer and Electronic music pioneer and producer Edward Artemyev in 1979 for the movie “Siberiade”.

Producer Vitali Zestovskih who forms part of the music project VIZE recalls having dreamt of making a cover version of this specific melody for a long time. To give it that additional necessary futuristic and electronic feel, none other than Norwegian producer Alan Walker was the dream collaboration for the track. With his debut single and global mega-hit “Faded” in 2016 he transformed the Electronic music game and made a mark with his characteristic futuristic sound that is now also on “Space Melody”.

“It’s been great working with VIZE on this track! As soon as the demo came my way, I recognized the melody from the original tune, and it was inspiring to work on this remake”, says Alan himself about the collaboration. Vitali Zestovskih feels very much the same: “Collaborating with Alan Walker is like a dream come true. His influence in the electronic dance music scene within the past years is simply incredible. […] I teamed up with Leony on the vocals and produced multiple versions. None of them were good enough, so we started looking for the right producer to give the track ‘the certain something’. And here we are. We think, the result is simply amazing and are super excited for everyone to listen to it.”

The single follows up a series of streaming hits by German-based duo VIZE in 2020 that include works with Imanbek, Alle Farben, Miss Li, Tujamo, Felix Jaehn, and Tom Gregory and comes right when it’s needed most. Many people in the world feel exhausted after a turbulent year of strenuous events and a pandemic that held the majority in isolation, self-reflection, and left them with a desire for a better year to come. The song fits perfectly into that scheme: both lyrics and the production let the audience dive into a “better place” beyond this world and let them hope for the next year to be very different from 2020.